Braulio Estima Inducted Into The ADCC Hall of Fame 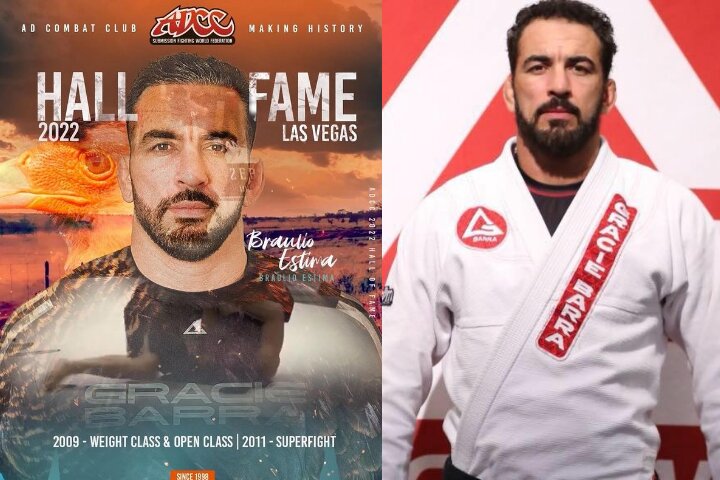 Braulio Estima is now a part of the ADCC Hall of Fame! He is a Brazilian Jiu-Jitsu black belt World Champion, as well as an ADCC open weight and superfight champion; and is one of the most elite competitors of the 2000’s.
The ADCC shared the news on their social media:

ADCC Hall of Fame: Braulio Estima. Braulio is a 3X ADCC champion, winning double gold in 2009 and then winning an ADCC super fight against Jacare. Braulio double gold run in 2009 is arguably the second best ADDC performance after Roger’s 2005 run.

Braulio Estima is the sixth athlete to be inducted into the ADCC Hall of Fame, after Roger Gracie, Andre Galvao, Marcelo Garcia, Ricardo Arona, and Kyra Gracie.
Around 10 days ago, Braulio took part in the 24-hour Brazilian Jiu-Jitsu rolling challenge called “Rollathon”. The Rollathon, organized by the Reorg organization, which raised over $663,500USD with an aim of supporting veterans.

In short, Reorg is an organization that helps veterans that struggle with life-altering injuries and trauma overcome their challenges through learning Brazilian Jiu-Jitsu.
BJJEE also reported on Mark Ormrod, a BJJ blue belt, military veteran, and triple-amputee who completed the challenge… And one of the best Jiu-Jitsu athletes in history, Braulio Estima, has done the same!

Check out the full article on Estima’s incredible feat here.