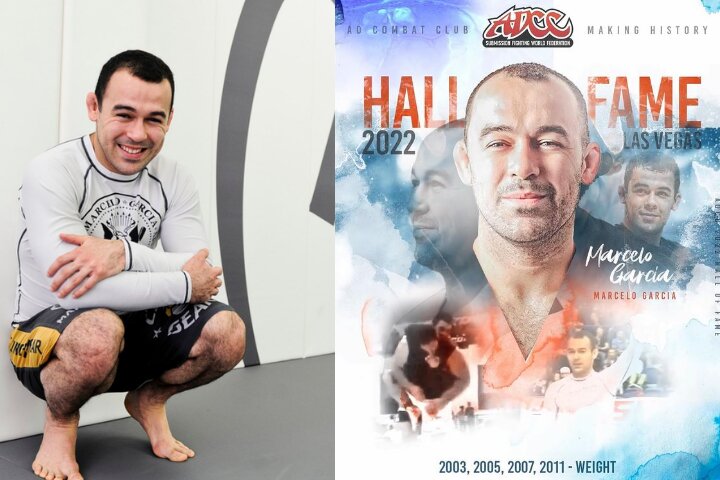 Marcelo Garcia is one of the most beloved athletes in the Brazilian Jiu-Jitsu community. A black belt under Fabio Gurgel, Garcia has been a World Champion 5 times, as well as a 4x ADCC champion. Now, he has received even further recognition for his achievements – by being inducted into the ADCC Hall of Fame!
The ADCC shared the news on their social media:

ADCC Hall of Fame: Marcelo Garcia. Marcelo is a 4X ADCC champion and an absolute silver medalist. He is the only man to win the division 4 times and has had some epic matches like his match with Ricco Rodriguez, Kron Gracie etc while maintaining a submission rate of over 70%.

Marcelo Garcia is the third athlete who’s been inducted into the Hall of Fame. The very first inductee was Roger Gracie; a 10x BJJ World and ONE Championship Light Heavyweight World Champion… As well as an ADCC weight, absolute, and superfight champion:

Hall of Fame: Roger Gracie. Roger Gracie has officially been inducted into the ADCC Hall of Fame, he is the only person in ADCC history to have double golded with a 100% submission rate. He is the 2007 superfight champion as well.

ADCC Hall of Fame: Andre Galvao, the GOAT of ADCC. Galvao has won more titles than any other competitor in ADCC’s 23 year history, 6 titles. He is also the only person in ADCC to have won more than 2 ADCC superfights, he holds the record with 4 superfight wins. Galvao hasn’t lost in ADCC since 2009.