Andre Galvao Inducted Into The ADCC Hall Of Fame 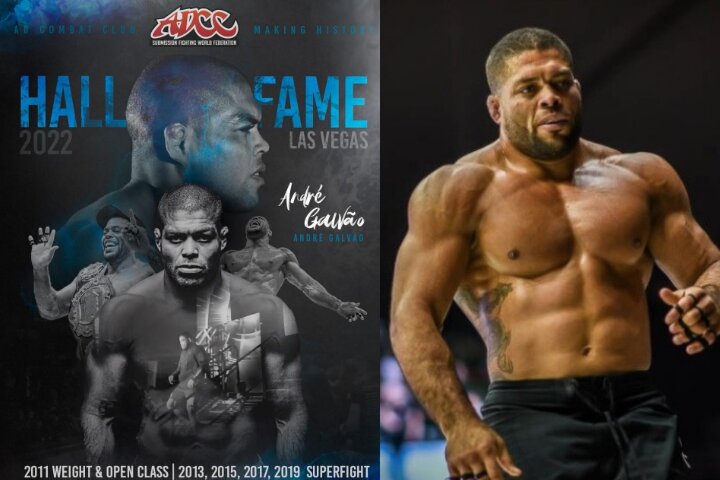 It is now official. Andre Galvao, an ADCC 6x title and 4x superfight winner, has been inducted into the ADCC Hall Of Fame! The promotion shared the news on their Instagram account:

ADCC Hall of Fame: Andre Galvao, the GOAT of ADCC. Galvao has won more titles than any other competitor in ADCC’s 23 year history, 6 titles. He is also the only person in ADCC to have won more than 2 ADCC superfights, he holds the record with 4 superfight wins. Galvao hasn’t lost in ADCC since 2009.

Andre – who is supposed to clash against Gordon Ryan in the much-anticipated ADCC 2022 superfight – is now only the second athlete who’s been added to the Hall Of Fame. The first inductee was Roger Gracie; a 10x BJJ World and ONE Championship Light Heavyweight World Champion… As well as an ADCC weight, absolute, and superfight champion, who’s been inducted about a week ago:

Hall of Fame: Roger Gracie. Roger Gracie has officially been inducted into the ADCC Hall of Fame, he is the only person in ADCC history to have double golded with a 100% submission rate. He is the 2007 superfight champion as well.

Who do you think will be the third inductee? Let us know.