Gordon Ryan: “There’ll Be Less And Less Brazilian ADCC Champs In The Future” 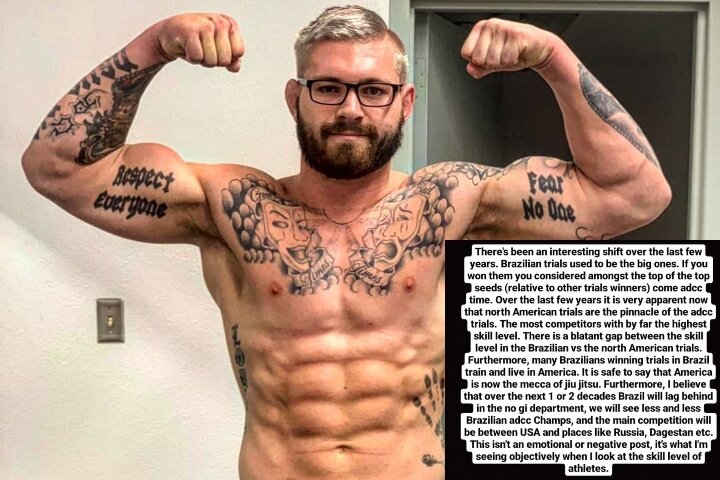 Gordon Ryan is known for his outspoken behavior. It’s safe to say that a lot of times, he shares his opinions just for fun – in order to get a reaction from the audience (or from an athlete he’s competing against) in order to gain the psychological edge.
However, in a recent Instagram post, in which he shared his opinion about the Brazilian vs. American ADCC trials, he emphasized that he sees it as nothing more than an objective observation.

His statement was basically that, with time, there will be more and more American ADCC champions and less and less Brazilian ones. Here’s what he had to say:

There’s been an interesting shift over the last few years. Brazilian trials used to be the big ones. If you won them, you were considered amongst the top of the top seeds (relative to other trials winners) come ADCC time.
Over the last few years, it is very apparent now that North American Trials are the pinnacle of the ADCC trials. The most competitors with by far the biggest skill level.

There is a blatant gap between the skill level in the Brazilian vs the North American trials. Furthermore, many Brazilians winning trials in Brazil train and live in America.
It is safe to say that America is now the Mecca of Jiu-Jitsu. Furthermore, I believe that over the next 1 or 2 decades Brazil will lag behind in the no gi department; we will see less and less Brazilian ADCC champs, and the main competition will be between USA and places like Russia, Dagestan, etc.

This isn’t an emotional or negative post. Its’ what I’m seeing objectively when I look at the skill level of athletes.

What are your thoughts? Is Gordon right?