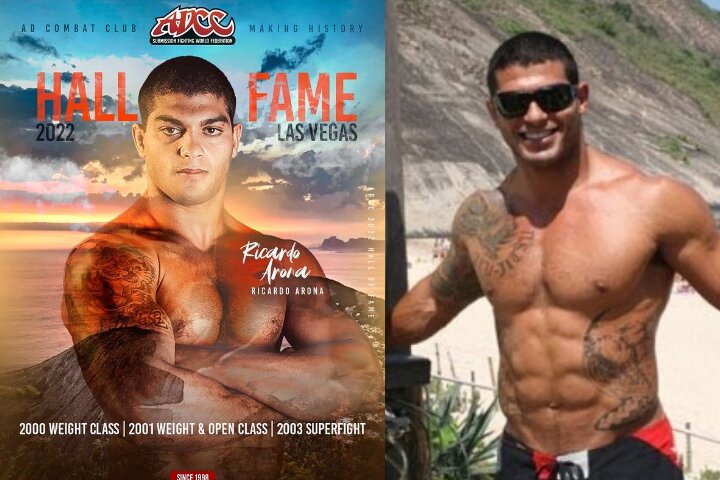 The ADCC continues to add grapplers to the ADCC Hall of Fame. Namely, the athletes who are added to the Hall of Fame are those who’ve made a significant impact in their ADCC and overall BJJ/grappling careers; be it through their wins, their legacy – or, as it is in most cases – both.
After Roger Gracie, Andre Galvao, and Marcelo Garcia… It is now Ricardo Arona – “The Brazilian Tiger” – who has made the list!

Ricardo Arona is one of those athletes whom the younger BJJ enthusiasts have trouble recalling – and no wonder, because he was a superbly dominant competitor back in the late ’90s and early 2000s. For instance, he won the 2000 and 2001 ADCC Championships (in the 99kg division and the absolute division as well in 2001); defeating athletes such as Jean Jacques Machado, Saulo Ribeiro, and Ricardo Almeida.
However, Arona is perhaps best known for his successes in mixed martial arts. From 2001 and 2007, he focused on fighting in Pride FC; beating legendary fighters such as Dan Henderson, Kazushi Sakuraba, and Wanderlei Silva.

With that said, Ricardo Arona has amounted 14 MMA victories via submission! Which, together with other achievements, firmly earns him the ADCC Hall of Fame spot.