Want More Success With Sweeps In BJJ? Go For A Takedown 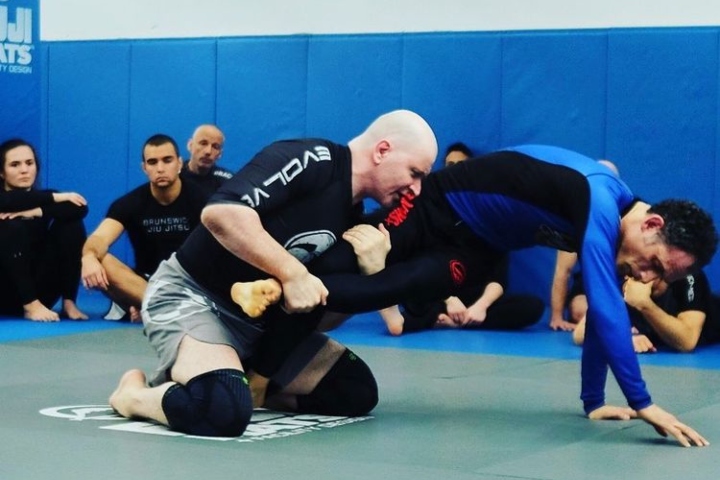 Are you having a hard time scoring sweeps in training or in competition? It’s like every time you go to sweep your opponent, they stumble a bit… But then they regain their posture and keep playing their game. How are you supposed to combat this?
John Danaher has a simple solution: you have to learn how to follow up sweep attempts with takedowns.

You’re probably making a mistake of not following up with anything after your failed sweeps, actually. You sit back down – which is a big no-no in the Danaher’s playbook:

For every ten times you try to sweep someone your own size and skill level from guard position, you can expect around seven to eight of them to fail due to a skilled opponents anticipation and resistance.
Knowing this it is very important that you build the habit of rising up from bottom position and following a failed sweep with an attempted takedown. This gives you a second chance to reverse your opponent and take top position.

Most beginners have a tendency to sit back down after a failed sweep – do the opposite – rise up into a follow up takedown and you’ll find that you double your chances of a score without adding a lot of effort.

You’ll find that these takedowns are much easier to score than the regularly set up ones:

Interestingly, these follow up takedowns tend to be easier than normal takedowns for the simple reason that the opponents stance and balance is usually broken by the initial sweep attempt, making takedown defense more difficult than usual.

Next time you’re sweeping from guard, start that building that habit of coming UP rather than just sitting back down.