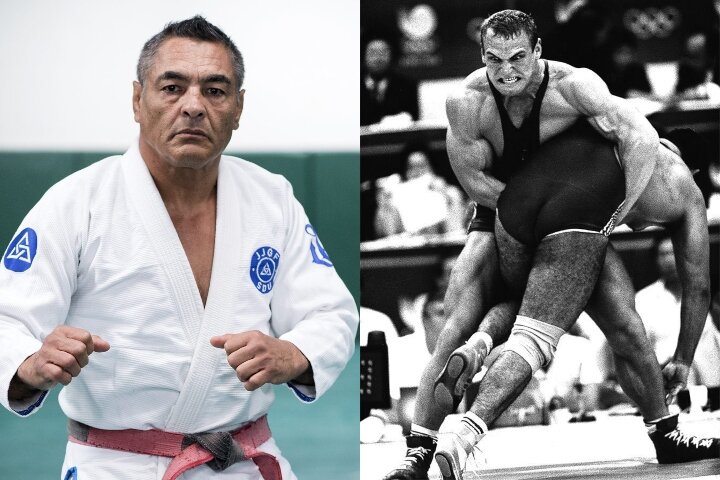 If you haven’t trained any other martial art before and you’ve been in Brazilian Jiu-Jitsu for some time already, then you’re probably used to rolling in a certain way. At a methodical and, with all likelihood, a rather no-rush pace. And that’s fine, because (outside of competition and competition-oriented training) that’s how the majority of your training should probably look like.
However, if you truly want to gain an edge and understand what it takes to roll against someone who doesn’t really “respect” the rules of BJJ… Then you should roll with wrestlers and MMA fighters. And you should do it much more often than you are right now.

ROLL WITH WRESTLERS AND MMA FIGHTERS

First of all, wrestlers and MMA fighters will put you up against a pace like you’ve never witnessed before… They’ll be much more explosive and faster to not just take you down, but also to tap you out. This is because (particularly in the case of wrestlers) they’re used to shorter rounds, to being reprimanded due to stalling, and generally to being taught to go hard and go fast.
Therefore, you’ll have to learn that not everything in BJJ will start with a mellow slap and bump and “feeling out the game” for one or two minutes.

And secondly… There’s the pressure. Oh, the pressure – when you’re on the receiving end of Side Control or Mount. It’ll be something you’ll have to figure out how to fight off and become comfortable with, too. Plus, it goes without saying that wrestlers and MMA fighters will sometimes go for a submission immediately; they don’t really use all that “position before submission” philosophy.

Nick “Chewy” Albin explains in more detail why you need to roll more with wrestlers and MMA fighters alike on the video below: