Simple Concept for Improvement in BJJ: “Tie ‘Em Up With Your Legs & Attack With Your Arms” 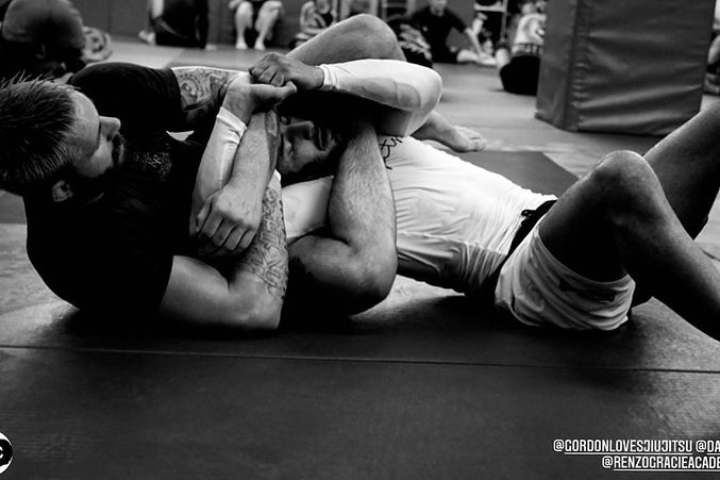 It’s the simple stuff that will, ultimately, lend you the most progress in Brazilian Jiu-Jitsu. The simple insights from your coach, the simple corrections in technique that have never crossed your mind before, and the concepts that make your entire game better… By just reframing the way you think about things.
For instance, there’s one extremely simple concept that has the potential to greatly improve your Jiu-Jitsu. And that is, in words of John Danaher, to “tie ’em up with your legs and attack ’em with your hands”:

Sometimes a simple insight counts for a lot in combat. The great American General Patton once described his strategy as “hold them by the nose and punch them in the face.” It was a numerous throwaway line to describe a massive military operation. But the lesson is there; give people a simple path to follow. And in the chaos of a match, it will guide them like a lighthouse to the destination they seek.

One of the best in Jiu jitsu is to use your legs to tie up your opponent and then use hands to help finish the job.
Closed Guard, Ashi Garami, Mount and Rear Mount all involve connecting with your legs to an opponent. Then you’ll use your hands and arms to further isolate your targets and finish.

One of the best leg connections are, in Professor Danaher’s opinion, Triangle variations:

Perhaps best all the leg connections to immobilize an opponent are variations of the triangle. These really put an opponent under pressure because of the immediate submission threat.

Train yourself to follow this simple idea as early as you can in your Jiu-Jitsu journey.
Avoid the natural beginners mistake of trying to tie up and immobilize opponents with your ARMS – you won’t make much progress that way. Do it with your LEGS and in particular with the TRIANGLE and your progress will be much swifter.