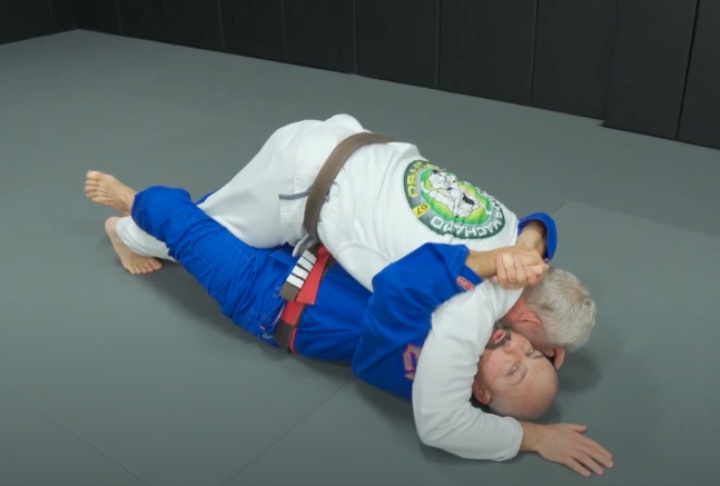 Old school is often times the best school! If it weren’t for the BJJ masters and grandmasters, our sport wouldn’t be where it is today; both in terms of its rich history and lifestyle, but also in terms of the wide range of techniques it offers! However, sometimes Jiujiteiros forget this, and opt for trying only the most innovative of techniques out there.
And while there isn’t anything inherently wrong in giving a shot to the „fancy“ moves, it’s more than good to come back to the old school, basic techniques every once in a while – such as the Plier Sweep!

JUST BECAUSE YOU THINK SOMETHING, THAT DOESN’T MAKE IT TRUE

Now, you shouldn’t be fooled by the seeming simplicity of the Plier Sweep; and you shouldn’t fall into the trap of thinking that it „won’t work“. That is, one of the reasons you may be „running away“ from some old school techniques might be because you, quite frankly, don’t believe they work!

Sure, you’ll always have your preferences – setups and techniques – that work better than others. You will be naturally inclined towards some and totally repelled by other moves. However, that is one thing; and it’s a completely other thing not to try something out just because you think it won’t work.
How can you know that something doesn’t work if you haven’t tried it out? Or, even if you did give it a shot – but only a couple of times – how can you be so certain that it’s outdated? You probably love going for the Rear Naked Choke, but your attempts were futile at first… And that doesn’t make it outdated, does it? It just means that you needed more practice before you learned how to make it work.

Therefore, don’t fret from investing some serious consideration and drilling into this sweep. It looks basic – and once you figure it out, it works!

With that „old school doesn’t work because it’s outdated“ ludicrous idea taken out of the equation, let’s take a look at the Plier Sweep setup, as shown by the legendary Carlos Machado! He explains that, in essence, whenever you manage to gain double sleeve grips against your opponent from Guard, you have a chance for this sweep.
Also, it’s a very useful sweep for when your opponent has a posture that you aren’t managing to successfully break.

You can practice the Plier Sweep with a training partner who’ll stand up in your Closed Guard. Then, you’ll open your legs up in response, with a double sleeve grip already in place. From there, Carlos shows that you need to bring one of your legs further around and behind the opponent’s leg; do it below their kneecap, and squeeze their leg with your calf.
Do the same with your other leg and then cross both of them together, squeezing the partner’s legs even more in the process.

Now that you’re in this position, Carlos demonstrates that you need to wiggle back a bit. This’ll make your partner post with their hands onto your torso. Then, simply swim underneath their arms to knock them off as you wiggle back even more; and you’ll have broken their posture! They’re be off-balanced here and you can simply sweep them to the side.
Alternatively, when you’ve squeezed their legs, you can pull the training partner onto yourself and then control their elbows. From there, wiggle back a bit and pull one of their shoulders to the ground; this will effectively take them down to the mats.

Watch Carlos Machado’s demonstration of the Plier Sweep on the video below: