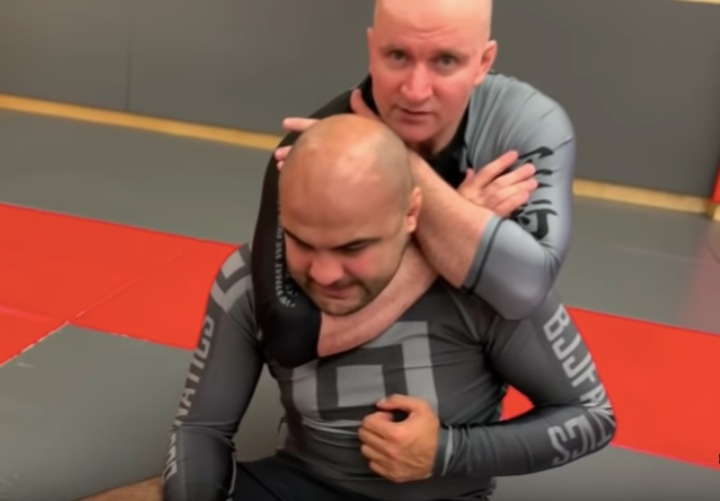 A tight Rear Naked Choke is the staple of some of the most successful careers in both bjj and mixed martial arts.

As a form of submission it is by far the most often utilized one in the UFC. Still plenty of time you see it applied incorrectly in pop culture as well as the mats. So what is the secret to applying the rightest Rear Naked Choke Possible?

Typical setup involves starting from the seatbelt control with an over and an under – the arm under the armpit should hold on to the fist from the top. 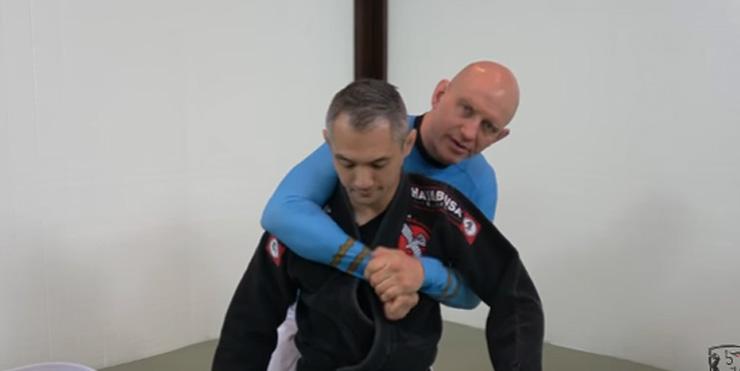 This is a position applicable in a variety of positions but for instructional purposes it’s the easiest to do it like this with your training partner sitting in front of you.

Step 2 involves getting the under arm hand to a top position. First you would grab the shoulder and only then would you try to set the other arm in place.

Now you can clasp your hands together. Note the position of your elbow in picture below. This position disables the opponent from creating sufficient space to defend.

Now you start moving the hands into the RNC configuration. There’s different approaches to this. Slide up your forearm and move the hand behind opponents head.

From here you squeeze in. You try to bring your elbows together. There’s couple of details to it.

You can also pull back or inhale to make it tighter.

The hand behind the head should be thumb up because that will make it harder to defend. One common mistake people make is making it an air choke. This happens when you put the forearm on the center of opponent’s throat. It’s quite painful and uncomfortable. But it won’t put the opponent to sleep quite as fast as a properly applied choke.