John Danaher Explains The Problem He Has With Wristlocks 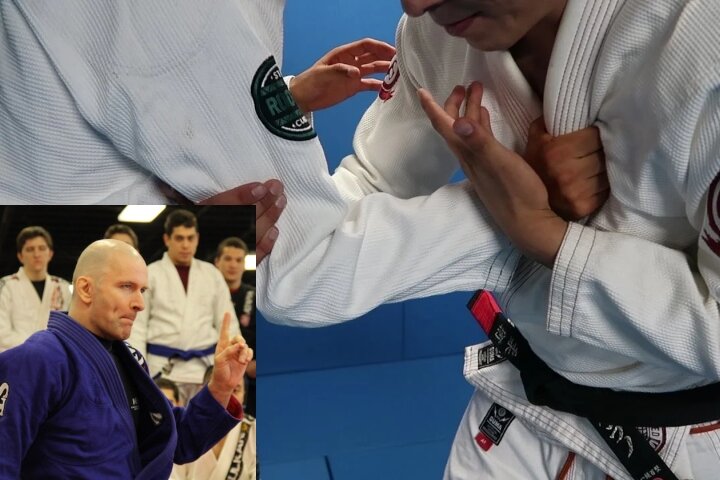 The Wristlocks are one of those cool submissions that BJJ blue and purple belts tend to try out a lot in rolling sessions… But are they effective in their attempts? That is to say – do Wristlocks work?
The answer is, of course, yes. Wristlocks do work. However, they’re not as dominant as other types of submissions are; simply due to the lack of prior control.

The lock [submission] that you select is really based on how much control you have (prior to establishing the lock). The lock is just a full stop at the end of the sentence. It’s the sentence that counts – and that sentence is control.

He gives an example through the nature of the Leglock game:

When I first started with Leglocks, the great problem that I saw with leglocking – in the 1990s, for example – was that there was no control. They were just moves that we’d jump for and hoped they’d work.
You’d try to apply it as quickly as possible, before the other guy could react. Sometimes it worked, sometimes it didn’t work. It was, more or less, a desperation move. As a result, that lack of control meant a lot of injuries and a lot of failures.

My whole thing was to change the nature of leglocking into a control-based game, to really make a deep study of the whole Ashi Garami, so that you can control people for long periods of time.

Therefore, Professor Danaher believes that Wristlocks aren’t too effective simply because there isn’t enough control prior to their execution:

I never tell someone: “This kind of joint lock is ineffective.” My question is not if the lock is effective, but it’s always: “How effective is the control, prior to the lock?”

The problem that I have with Wristlocks is very little control, prior to the application of the move.
So, currently, they tend to – in the majority of cases – to be moves that can have a useful effect, to get people to move in certain kinds of ways… They can have a good distraction effect. But there’s no systematic set of controls that lead to the application.

He explains more on the video below, in an interview with Roger Gracie: