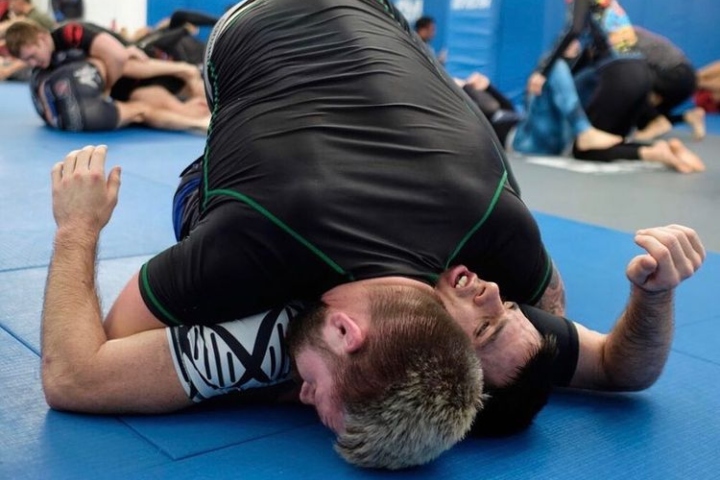 Be honest with us. How many times have you thought to yourself: “Man, it would be really great if there were some tricks that would make me better on the mats immediately.” Probably dozens, right? Well, even though there aren’t many tricks of that nature, there are some things you could do right now – and that will make your rolls immensely efficient.
For instance, here’s a piece of great advice directly from John Danaher: control the head and shoulders – and you’ll control everything.

When it’s time to control an opponents movement – and that should be the goal of all us – nothing beats chest to chest or chest to back contact when you’re past you’re opponents knees and in control of the head and shoulders.
If you can get to a position like that on an opponent your own size and skill level, you’ll win that position in the great majority of cases.

Professor Danaher emphasizes that you need to start using your head properly:

Get used to parking your head right next to your opponents with at least one arm under his arm; and you’ll have him in a bind that he will find very difficult to get out of… And very difficult to counter whatever you choose to do.
Next time you want to put some heat on a tough opponent, either get behind him or over one of his knees and get head to head with an arm under his – and you’ll definitely have him under pressure!