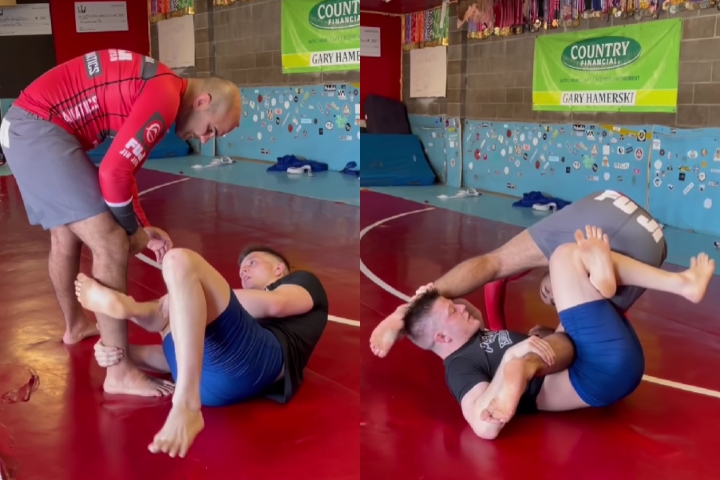 Are you one of those BJJ athletes that think that Leg Locks are life? If so – that’s fantastic! There are so many Leg Lock options in Brazilian Jiu-Jitsu that, even if you dedicated your whole training life to solely practicing just this subset of submissions (which you shouldn’t, you need to be well-versed across the entire “field”), you’d still have room for improvement.
So, here’s another great opportunity to further your Leg Lock game; learn this fantastic Heel Hook entry, as explained by Jacob Couch.

“Remember” all those inversion drills that you’ve been doing with your opponent’s legs? Well, they’re going to come in handy now.

Jacob grips the opponent’s leg and posts his shin against it, making it rather difficult for the other side to move their leg. From there, he drives his other leg in-between the opponent’s legs, and grips their far shin in order to make the inversion easier for himself.
From there, he catapults his hips up. Once the hips are as extended upwards as possible, he triangles his legs and knocks the opponent down to the mat; from where he can go further with his Heel Hook finish.

Take a look at more details to this Heel Hook entry on the video below: