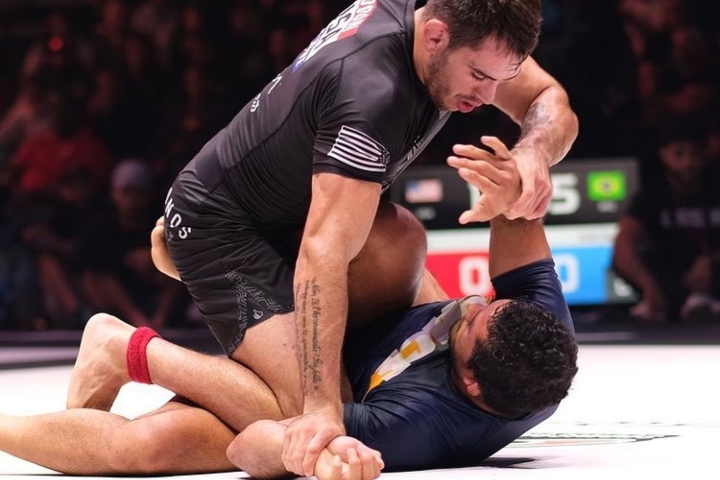 Brazilian Jiu-Jitsu is almost like a game of chess: it’s not just about your techniques, but it’s also about the moves your opponents make that determine what you need to do in your next moves.
So, you have to adapt all the time… But one thing that remains universally true are the grips; yet again, not just yours, but the opponent’s as well.

Every attack an opponent can every do to you in grappling starts with a grip of some kind. If you can control his ability to grip you then you can nullify most of the danger he presents to you.
You don’t want to take this line of thinking too far and become an overly defensive gripper.

So what do you have to do? You have to “stop their hands” and keep attacking yourself – and you’ll negate the rest of their attacks:

Make sure you negate the opponent’s grip and then immediately go into your attacks so that you maintain a good spirit of offense in your game at all times.

Nonetheless it’s important that you be able to stop an opponent getting to their favorite grips, because once he can impose them things can go quickly from bad to worse.
If you can stop his hands – you’ll stop everything that follows.

Marcelo Garcia is a 9-time World Champion and known for getting to the back and finishing with the rear naked choke, even against much bigger opponents. This four-part system covers taking the back, jumping back takes, maintaining back control, and finishing from the back. Learn Marcelo Gracia’s famous Back Attack System. USE PROMO CODE “BJJEE TO GET 10% OFF.