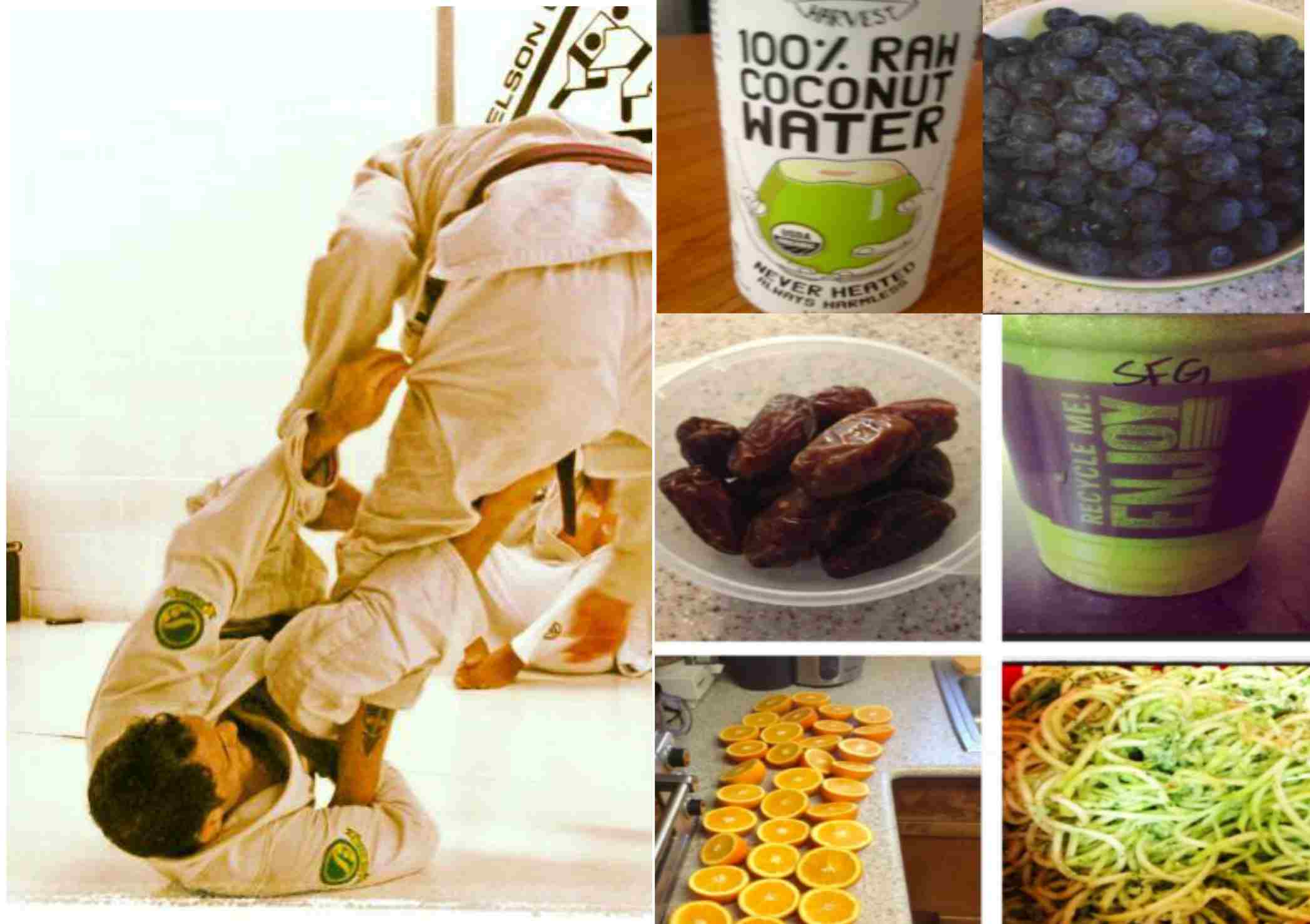 Are you looking to become a vegan… But are kind of worried about what it’ll do to your Jiu-Jitsu performance? About whether it will be helpful to your BJJ or not?
Here are some of the things that’ll make it easier for you to make that decision.

First of all, you need to realize that there’s no set rule if going vegan (or vegetarian, for that matter) will help or hinder your Jiu-Jitsu.
Everyone’s bodies react differently to different stimuli, and that’s no different for „big“ dietary changes such as becoming a vegan. For example, some people can eat and drink a whole lot of dietary products and have no issue with that whatsoever… Whereas others are lactose intolerant.

That is to say – you’ll need to monitor yourself and your performance. You will need to keep in mind how you feel before, during, and after training after you switch to veganism.
It’s only you who can have the say on whether or not this type of diet suits your performance well. No one else.

However, there are some things that you need to keep in mind if you’re going vegan. These are the 3 mistakes that vegan Jiujiteiros are often guilty of.

THINGS TO WATCH OUT FOR

A lot of newly-formed vegans make the mistake of not taking in enough protein. Back when you were eating meat, you had a lot of protein coming into your system via animal products. However, now you need to be heavily focused on taking in adequate amounts of protein from plant-based sources.
You’ll need to do your own research on this and find what you (and your stomach) like. But for starters, beans and pistachios offer a lot of protein.

Hand-in-hand with this issue, a lot of plant-based athletes either don’t eat enough or they don’t have a balanced diet.
In other words, you’ll need to make sure that you’re taking in enough calories to sustain your bodyweight (and physical exertion levels), as well as focus on eating healthy. Just because Oreos are vegan doesn’t mean that you should eat them in such quantities that they will make you overweight.

BENEFITS OF A VEGAN DIET FOR BJJ ATHLETES

If you’ve eliminated the above-mentioned three mistakes, and if you’re closely monitoring your body’s performance, then there is a possibility that you’ll experience some of the following benefits of going vegan. As a matter of fact, many high-profile athletes have demonstrated incredible achievements without taking in any meat whatsoever.

For example, if you’re looking to stay as healthy as possible and prolong your BJJ longevity, then switching to an all-plant diet may be the right step for you. The reason? Research has shown that plant foods reduce disease risk factors and improve overall health.
One study had also shown that there might be a certain cardiovascular fitness advantage to eating a vegetarian (not vegan) diet; females who were vegetarian had a higher oxygen uptake values than those who didn’t eat a vegetarian diet. That is, you might end up with more endurance as a vegetarian or a vegan Jiujiteiro!

With that said, a lot of Jiujiteiros have said that they feel more energized and – overall – better since they’ve started their vegan journey! And those two reasons alone may be enough for you to consider becoming vegan.
However, make sure that your switch is planned out and gradual. And that you’re taking care of those three often-made-mistakes. By doing so, you will be better at setting yourself up for success with this dietary approach… And you will most certainly feel better than you otherwise would!