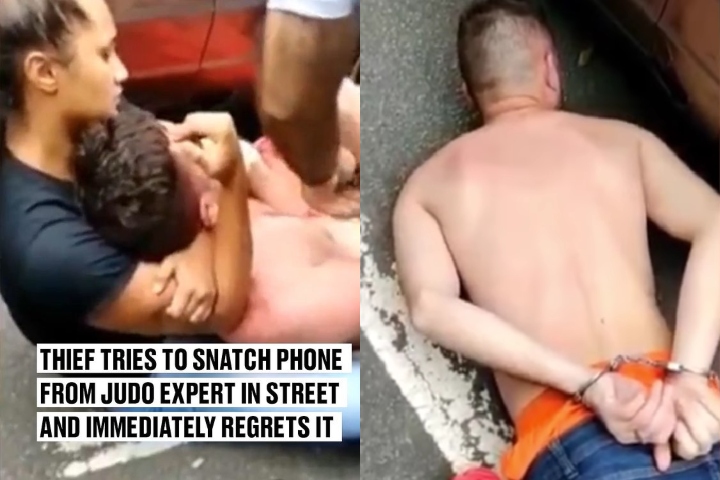 If you train Judo, BJJ, or any other (grappling) martial art, then you know very well how looks can be deceiving. How someone, who looks seemingly harmless, can be more than capable of beating you with one arm behind their back.
Well, that’s something that an alleged thief in Brazil wasn’t well aware of a couple of days ago. Namely, he tried stealing a phone from a… Female judoka!

Here’s what happened, as said by the LadBible:

The unnamed judoka was filmed detaining the potential thief on the ground in the Brazilian state of Amazonas.
Local reports suggest that the suspect snatched the woman’s phone off her while she was waiting for a rideshare cab. The suspect then ran off down the street with her phone. After perhaps thinking that he got away with it, the woman managed to catch up with him and pin him down to the floor.

The judo specialist was then able to detain the suspect on the ground with a rear naked choke, according to local media. The woman held the suspect at the scene until the cops arrived to take him to the police station.

You may watch a part of the ordeal and the awesome female judoka in action on an Instagram post below: