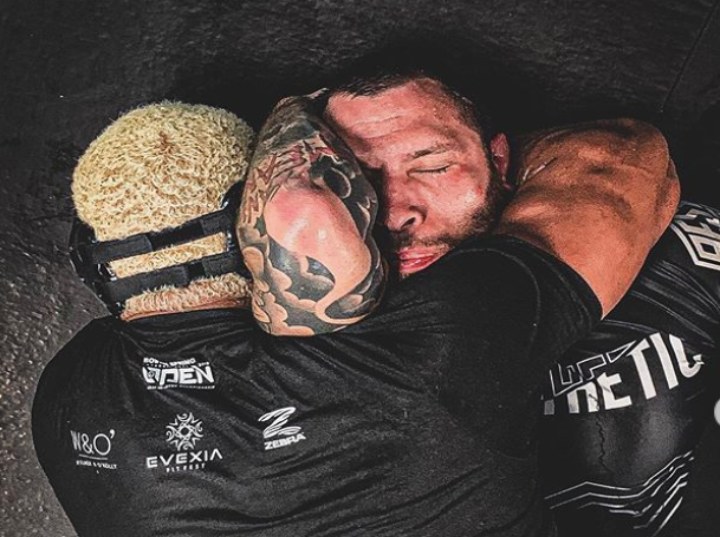 One of the golden rules in BJJ training is to „tap early and tap often“. The reasoning behind this is clear: to evade injuries and to overcome your own ego, so as to restart the roll and learn as much as possible from it.
However, you may want to consider doing the opposite occasionally; tapping a bit later than usual. Here’s why.

Now, if you’ve only begun training Brazilian Jiu Jitsu a short while ago, then this advice is not for you. If you’re a beginner, then tapping early and tapping often is what you want to do.

The reason behind this is that you’re lacking knowledge and experience. You still don’t know what your, and the limits of an applied technique, are – and when the submission is fully applied. Sure, you may make a mistake of tapping way earlier than you should; you will make this mistake, considering that you can’t even understand it fully just yet. But this mistake is way better than the one of hearing that „pop“ sound and seeing your arm bending in an unnatural way.

So, as a beginner, this is the absolute best thing you can do when caught in a submission during training. You’ll evade injuries with much more success and, as you’re healthy and rolling much more, you’ll have more opportunities to learn and improve.
When in doubt, tap out.

BUT IF YOU’RE MORE ADVANCED… WAIT A BIT LONGER

However, if you already have some experience and if you’re pretty knowledgeable about where limitations lay in the submission world, then it’s a good idea to try tapping a bit later than usual.

When it comes down to it, you need to expand your limits. In the case of an Armbar, for example, you might’ve gotten used to tapping the moment your training partner extends your arm beyond 90 degrees. Now, even though this is completely reasonable from the „staying healthy“ perspective, it hinders you from exploring other techniques and seeing what your true limits are.
To put it differently: just because your arm’ll get extended, it doesn’t mean that you’re out of options! There are some great escapes from a locked Armbar as well, such as the Hitchhiker one. But you’ll never get a feel for them unless you start tapping a bit later than you usually do.

Therefore, since you have a good idea about where the border between getting injured and staying healthy is, you can start playing a bit closer to it. Of course, don’t look over the edge; but play in its vicinity – safely, still on the side of health. Get stuck in a deep submission and try to stay calm, as you’re figuring a way out of it.
This way, you’ll develop as a Jiujiteiro much, much better and faster. Both technique-wise and mentally.

Naturally, you shouldn’t do this with someone you don’t fully trust. Don’t do it with beginners, as they are more likely to take a chance of submitting a higher belt by cranking the submission as fast as they can. Instead, pick a training partner or two that you really trust. Let them know of what you’re trying to accomplish; that they should apply the submissions fully – albeit without too much force – and that you’ll be trying to get out of them.
This way, it’s not only you who will profit from figuring out what you can actually escape from and how; but your training partner will improve as well, as they’ll learn how to apply a submission with more control along the way.