Why MEDITATION Is Paramount To Your BJJ Progress 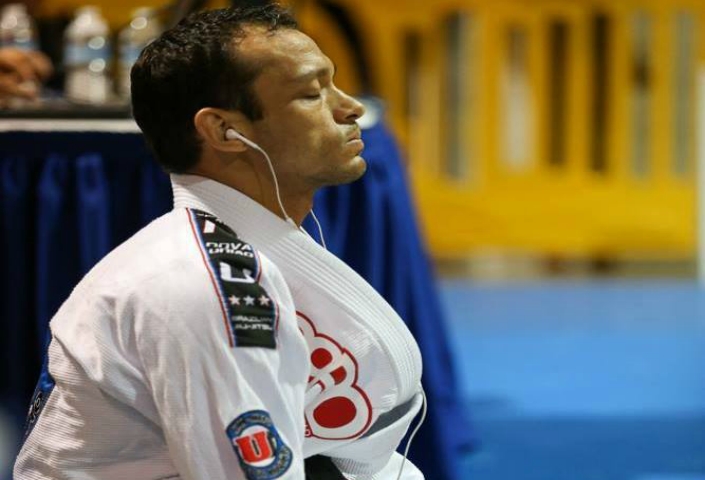 Jiujiteiros often think that the only way to improve in Brazilian Jiu Jitsu is through sheer training; be it drilling and rolling on the mats, hitting the weights or something similar. However, even though these activities may arguably be the most important ones for your improvement, they aren’t the only ones. For example, without adequate nutrition and sleep, you’ll never reach your true potential.
But here’s the catch: meditation is one of the greatest things you can do for your BJJ as well! Here is an important reason why.

YOU’RE THINKING TOO MUCH

If you had to pick out the biggest problem in your Brazilian Jiu Jitsu game – as well as of your training partners – which one would it be? Most likely, you’re thinking of a certain position, such as Mount or Side Control; be it in regards to the submission or escape aspects. But, actually, the most difficult to solve problems are the ones that lay much deeper; such as the lack of confidence that blocks the athlete’s ability to go for the thing that they know they should go for.
Simultaneously, these are the problems which aren’t given much importance on a regular basis. So, they lay doormat; never to be fully understood and dealt with.

And, believe it or not, one of the biggest problems a Jiujiteiro can have (and that most do) is thinking too much. They just start overthinking – or thinking in general – when they shouldn’t, and thus either ruin what would be a great tournament win or a fantastic opportunity to learn something new in training.
You know what we’re talking about. Instead of going for a certain technique or a setup, you start second-guessing yourself: „Should I go for this? What if my opponent counters and I lose position? Hmmm, maybe I should still do it… Or maybe not, or…“ And the result ends up being you on the losing side of the equation.

STOP GETTING IN YOUR WAY – WITH MEDITATION

Meditation is a fantastic remedy for this. Through it, you’ll learn to stop thinking when the situation calls for it; as well as to calm yourself when things get hectic. Naturally, it won’t come easy; after all, we, as human beings, are kind of used to thinking all the time. To our minds going haywire in almost every instance. So, when you first begin sitting down to meditate and controlling your thoughts on the mats, you won’t have much success.

But just because it’s difficult to do, it doesn’t mean that you shouldn’t go for it. Just like everything worthwhile, it’ll take some practice and getting used to. What you’ll notice is that, as time passes by, you’ll have less and less trouble keeping your mind „clear“ from the distraction of thoughts; and, consequently, you’ll begin noticing yourself performing better in your BJJ academy – thinking less about what you’re going to do and doing more of it instead.

So, how should you start practicing meditation? It’s really simple and you can do it wherever and whenever you find fit.
Just find a comfy place to sit in, with your back as straight as possible (you can rest it against a pillow to make matters easier), for around five minutes or more. Then, simply close your eyes and either focus just on your breath or both your breath and the sensations of your body; such as your buttocks and legs touching the chair you’re sitting on, your hands on your lap, and similar.

Start doing it each night and morning. We promise, your BJJ will thank you for it on a HUGE scale!