Want To Become Great In BJJ? Learn To Create Dilemmas For Opponents 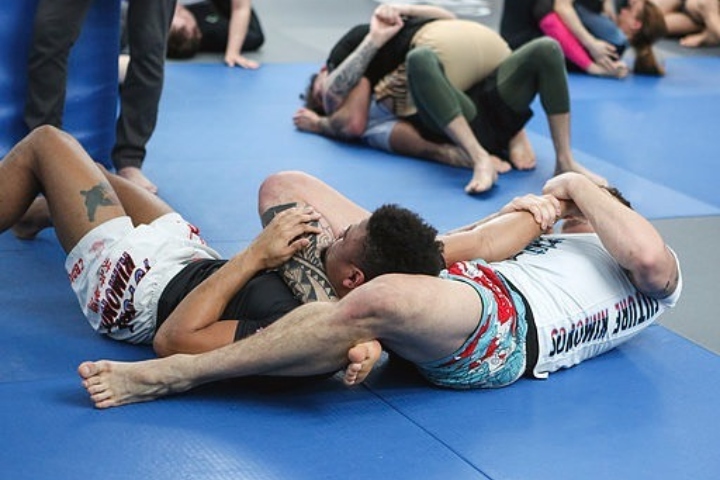 There’s a lot more to Brazilian Jiu-Jitsu than it meets the eye. Even if you’ve been training for some time and can distinguish between different positions, transitions, defense and submission techniques… And even if you’re really good in executing them, if you want to be great, then you’ll need to learn some principles.
One of those principles is creating dilemmas for your opponent. John Danaher explains why:

Professor Danaher shares an example of Gordon Ryan passing Half Guard to illustrate his point:

It’s an excellent example of a simple but powerful expression of creating dilemmas from which there is no good outcome for your opponent.

He has freed the knee of his his left leg. This enables him to drive his knee across his opponents far hip towards a mounted position. (It won’t yet be a true mount because his foot is still trapped, but it’s getting close). His opponent recognizes the danger and reaches to stop the knee with his hand. This is what Mr. Ryan is looking for.
By reaching for the knee the opponent has created a big opening for a far side underhook that will enable Mr. Ryan to go into several very strong passing positions. If he DOESN’T reach for the knee, Mr Ryan will simply drive the knee across the hip towards the mounted position and take even stronger passing positions; either way it’s bad for the opponent.

If you’re looking for drastic improvements in your BJJ game, then play the dilemmas game as often as you can:

This is the kind of game you want to play whenever possible in Jiu-Jitsu. You can’t always do it – but you’ll be pleasantly surprised how often you can if you teach yourself to look for it.
Why settle for creating a problem that talented opponents will find a solution for when instead you can create a dilemma for which there is no solution?