Destroy Anxiety Before BJJ Competition With These 2 Mindset Shifts 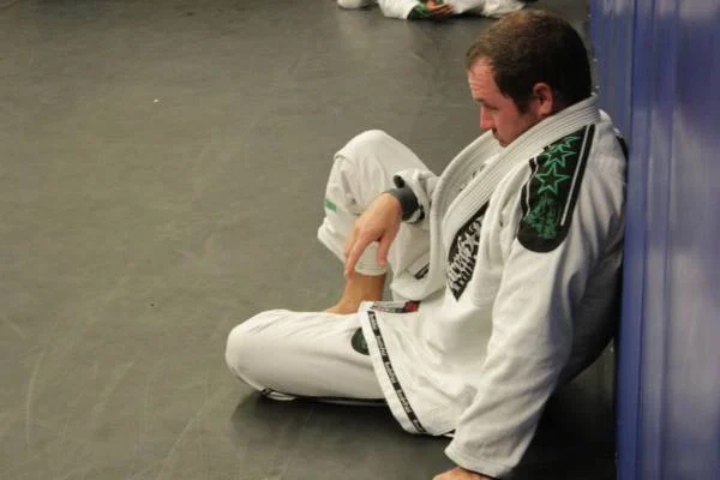 So you’re on your way to your first, second, or a hundredth BJJ competition… Awesome! It’s going to be a great experience, no matter whether you win or lose the matches. However, as great as competing is in and of itself, the sheer anxiety that leads up to the first match can be nerve-wrecking.
So, how are you supposed to deal with this anxiety before competition? Nick “Chewy” Albin shares two pieces of advice.

DEALING WITH ANXIETY BEFORE COMPETITION

The first step is let go of the belief that says that “you’ve lost because of anxiety”. Sure, it might hinder your performance, but if you continue attributing your success (or lack thereof) just to your feelings… You’re leaving out the possibility for your own control over your own performance. Which simply shouldn’t be the case.
So, make sure that you start focusing more on how to become better instead on how anxious you are before a competition. Because if you lose, you’ll lose because the opponent was better than you were. As simple as that.

The second step is to shift your mindset in such a way that you’re able to look at anxiety as something positive. For, anxiety and excitement are two rather similar reactions in your body – and you could start “brainwashing” yourself by telling yourself that it’s good that you have this feeling.
Besides, the vast majority of competitors have anxiety. But the most successful amongst them are capable of paying attention mostly to their own performance, rather than on the feelings inside them.