The Sneakiest EZEKIEL CHOKE Setup From Side Control (Gi) 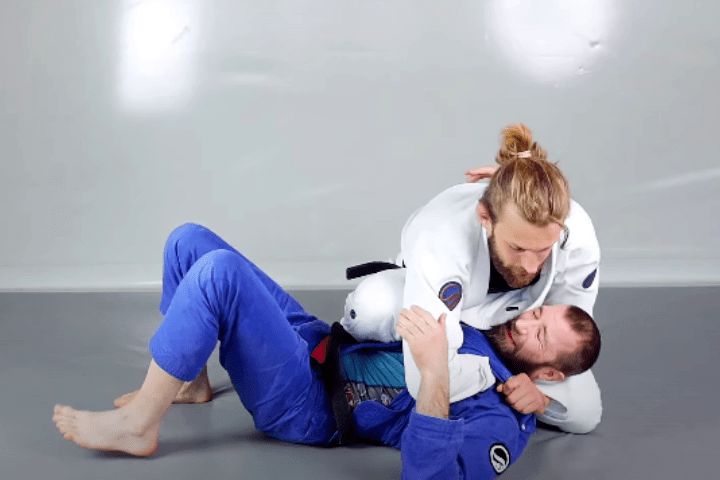 Being sneaky is the name of the game in Brazilian Jiu-Jitsu. If you can set up a move in such a way that your opponents can’t see it coming, you’ll get a LOT more taps… Than if you were to just set it up in a straightforward manner.
You should keep in mind that your sneakiness opportunities increase while you’re in the Gi. For example, there’s this one extremely easy way to set up an Ezekiel Choke from Side Control – done simply by using the opponent’s lapel!

Here’s how to do it. Adam Wardzinski demonstrates.

Adam starts by explaining that, to begin with this setup, you need to trap the opponent’s near arm completely between your knee and arm. It should be isolated thoroughly, and your near arm should be underneath their neck.
From there, you’ll use your second hand to grab the opponent’s lapel. Then, as your opponent frames against your neck, you’ll feed this lapel over their forearm – and into your first hand. Keep it tight… For the time being.

Think: what’s the first thing that your opponent wants to do from here? That’s right. It’s to escape their arm from being so wrapped up.
And here’s the kicker: let them do it. For, the moment they escape their arm, you’re going to shoot your far arm in towards and against their neck for the Ezekiel Choke!

From here, place one knee on their belly and initiate the submission. You’ll do this by pulling their lapel towards you and by pushing your knuckle against their carotid artery.
Adam Wardzinski explains this setup in much more detail on the video below: