Learning Jiu-Jitsu Is Like Learning A Language: You Need Complete Immersion 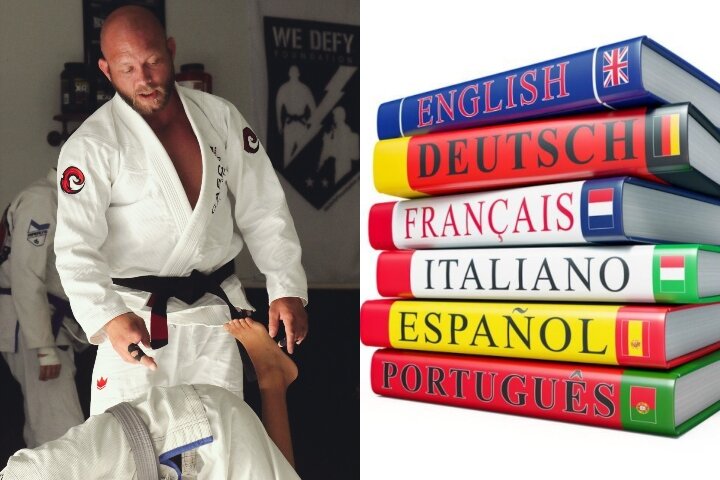 If you’ve ever been learning a foreign language, you’ll know how difficult it can be to actually learn it. Especially if you do it via some online courses, in the classroom or similar… And that’s because a language isn’t best learned by sitting at a table; but through total immersion (most often by living in the country that language is spoken in).

What’s more, Jocko Willink believes that this is really similar to learning Jiu-Jitsu:

What’s cool about Jiu-Jitsu is… I sort of look at it like learning a language. And one of the best ways for learning a language is through immersion training.
That’s what’s going to happen [to you and your training]. You’ll show up at many Jiu-Jitsu schools… And you are going to get immersed in something [in which] you don’t know what anything means.

Just like if you showed up in a foreign country with a foreign language; you wouldn’t understand anything at first. And then you start to recognize a word here and there… And then you recognize a little sentence fragment.
Then, eventually, you start putting the pieces together and then you can speak the language.

The same sort of a thing applies to Jiu-Jitsu, explains Jocko:

You start recognizing a move and you see where another move ties into it. And, eventually, you put together a fragment of a series of moves. And eventually, you learn the language of Jiu-Jitsu.

So, it’s good to get the basics of all different positions. And there’s a million places to see those online; so that you, kind of, understand fundamentally what’s happening in Jiu-Jitsu.
But the immersion is very important. You get in there, you get on the mat – and you start training.