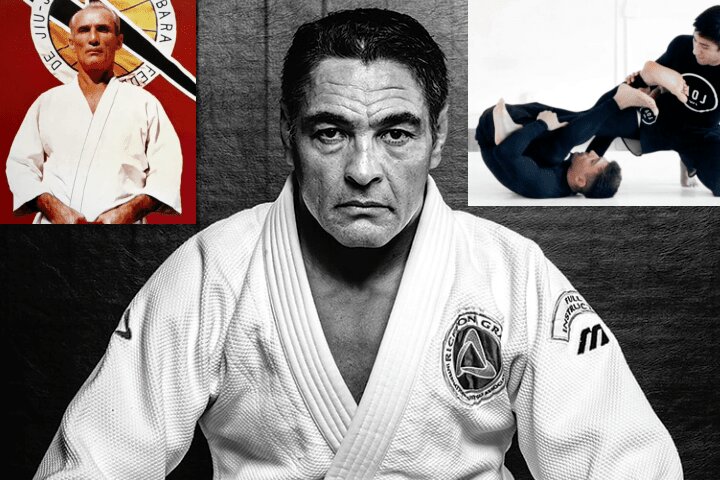 The recent “Jocko Podcast”, led by Jocko Willink, hosted one of the biggest Jiu-Jitsu legends in the world: Rickson Gracie.

Rickson spoke about many interesting subjects that have to do with private life, Jiu-Jitsu, and other things alike. For example, he reminisced on his family and the surprising facts that make it (hint: one of the Gracie’s fought in the Civil War within the USA!). He also focused on how he’s been – for the longest of times – forcing himself to be a warrior. Without anyone’s command, but just to put himself on the edge; so as to make a deeper connection with his spiritual side. Therefore, he utilized visualization, a lot of ice baths (before anyone else was speaking so openly about it as nowadays) and he put a lot of emphasis on breathing.
It’s up until the present day that he keeps using the principles of invisible Jiu-Jitsu in everyday life itself. Even though he loves to fight, he doesn’t resolve problems with hate – but with love. He isn’t led by rationale, as he puts it: but by heart.

Among other things, Rickson also touched upon the difference between Gracie Jiu-Jitsu and Brazilian Jiu-Jitsu, predominantly focusing on the aspect of self-defense.
Here’s what he had to say:

We start doing Jiu-Jitsu in the protocol where you have to learn self-defense. You’re not required to use colored belts, no colored belts at that time. So a student can be 10 years a student and still a white belt. And the instructor will be forever a dark blue belt… And then in ’65, my father started to create the federation because the demand is big… so he started to create a rules for a federation for sport Jiu-Jitsu. And that started the difference between the colored belts. Because if you’re 10 years white belt, you’re gonna be better than a six months white belt. And it’s not fair for them to compete. So let’s make a blue belt, purple belt, to create the reference, not only for practice but for competition… That was the process for colored belts. With this, Jiu-Jitsu becomes also sport Jiu-Jitsu.

Coming to America, especially after Royce kick ass in the UFC… People want to learn jiu-jitsu but they also want to compete in Jiu-Jitsu, and competition becomes bigger than the actual platform for learning Jiu-Jitsu with self-defense… People teach how to pass a guard, people teach how to choke or do a footlock, but they don’t teach gun retention or wrestling control, knife attacks, and fighting without gloves.
Because of that lack of information, competition Jiu-Jitsu becomes much bigger than the self-defense Jiu-jitsu. Anyone can do Brazilian Jiu-Jitsu, can fight, can pass guard, do sweeps, but not anyone knows the total Gracie Jiu-Jitsu which is self defense and more elaborate techniques for self defense… That’s basically, today, is the big difference.

When people refer to Gracie Jiu-Jitsu, they go more toward the traditional aspect of the art; and when they talking about Brazilian Jiu-Jitsu, they really recognized as a competition. But they are the same with lack of information in both sides. Because sometimes now you see self defense academies who have no fighting skills… And other academies they have fighting skills but zero self defense.