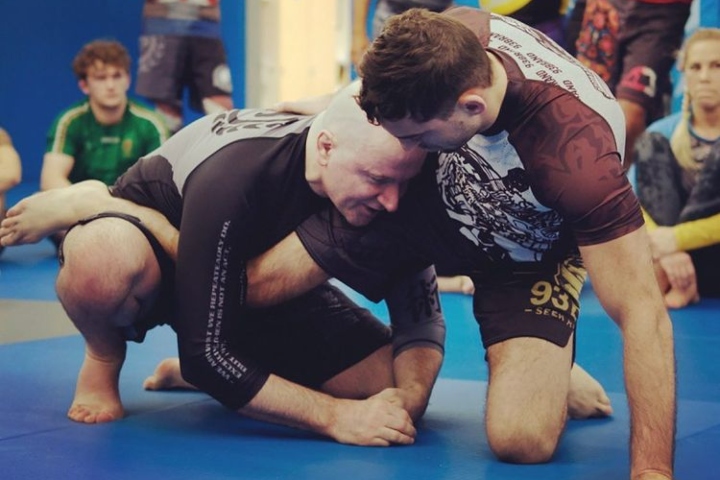 You’ll fail much more often than succeed in Brazilian Jiu-Jitsu. That’s just the way of the game; you’ll fail to execute a technique a number of times, especially in competition… However, what will differentiate you from the rest of the crowd is how you approach this failure.
This has got to do more than with just your mindset. It’s also got to do with what you actually do in the match, after you’ve failed with a move.

John Danaher explained what this means in one of his recent Instagram posts:

Failure? Or opportunity? Let’s face the facts – the overwhelming majority of moves you attempt in sparring or competition will fail. This is true regardless of your skill level.
As you get better, so do your opponents. As you learn new moves, they learn new counters. If you try a hundred moves on a given days training you can expect ninety of them to fail. Given this fact, it’s up to you to shift your perspective on failure.

EVEN A FAILED MOVE WILL ELICIT A DEFENSIVE REACTION FROM YOUR OPPONENT (indeed that defensive reaction is usually the reason why it failed).

Danaher goes on to explain why using your failure as a vehicle for your success is so crucial in this regard:

YOUR JOB IS TO USE THAT DEFENSIVE REACTION TO SET UP THE SUBSEQUENT MOVE(S) THAT SUCCEED. Get rid of the Fail-Stop mentality that most people carry into Jiu-Jitsu and adopt the Fail – Opportunity mind set instead.

If you stop every time you perceive failure then you really will fail. If you immediately switch to a follow up move appropriate to the defensive reaction you elicited from the initial failure, then (initial) failures will become one the main sources of your success.
Every time you experience failure, have a follow up mapped out and suddenly you’ll find that getting stopped one way by an opponent is just an invitation to a different route to success.