How To Stand Out From Others at Your Jiu-Jitsu Academy 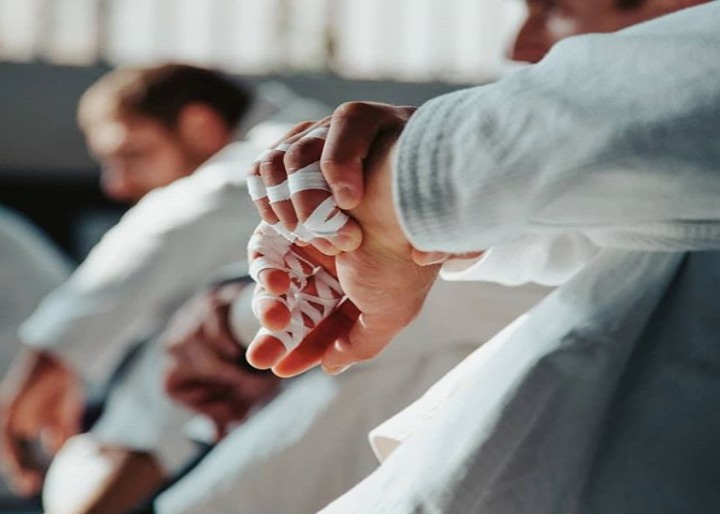 How would you like to be a bit more special… To stand out from other training partners in your Brazilian Jiu-Jitsu academy? To make a name for yourself and to, simultaneously, become a force to be reckoned with when it comes to drilling and rolling?
Then continue reading. Here are four ways to do so.

Jiu-Jitsu is a tough martial art. Not just because of the required physical endurance, but also because of the mind. Hand in hand with physical exhaustion, your brain will ask you to quit. To stop, to take a break, even if for a little while.
Sometimes, you’ll really need to take that break. For real. You might feel extreme fatigue and/or sickness, so you’ll have to sit down… But that will rarely ever be the case.

More often than not, you’ll need to push against the wish to ask for a rest round simply because you „feel“ tired.
It’s your mind that needs strengthening. Many athletes miss on this opportunity to reinforce your mindset. But if you force yourself to keep going – you’re going to stand out and improve faster.

It’s tough to give your absolute maximum in every single Jiu-Jitsu training session. But if you want to improve and if you want to stand out from everyone else – that’s exactly what you have to do.

You have to be extremely focused in class, going over whatever is happening with immense attention. You need to ask the professor pinpointed questions about the details of what’s being shown; which is only possible if you’re truly watching what he’s showing.
Additionally, you also need to push yourself when you drill and roll. Don’t slow down just because it’s exhausting. It’s supposed to be.

TO STAND OUT, DON’T STAND DOWN

Quite a number of years will pass before you become a „big fish“ in training and Jiu-Jitsu in general. Until then, you’re going to take a beating much more often than not. You’ll end up in really bad positions, feeling like you just want to give up and get it over with.

But here’s the thing. If you want to stand out, you must not give up when in a bad position. You’ll be tempted to do that quite a bit. Just as much as the majority of your training partners will.
The difference between you and them will be in that you won’t succumb to this wish. Instead, you’ll keep fighting out of bad positions, you’ll keep trying to execute the escapes you were taught. Even when it’s clear that you’ll be submitted and that there’s no way out.

By doing this, you’ll earn respect of the more senior mat members, and you’ll develop your skills far further than others will.

OFFER TO HELP OUT

Whenever you notice a chance to help out, politely offer your hand. If mats need to be cleaned, take the mop and do it yourself. If your instructor needs help with the kids class, be the one who offers to assist (if your skill level is adequate).
When a new white belt needs some assistance with a technique, show him/her what they need to change.

Being part of a great community might be the most important thing for your BJJ longevity. Give your five cents in building and nurturing it.