Finish The Single Leg With This Simple Leg Lift Technique 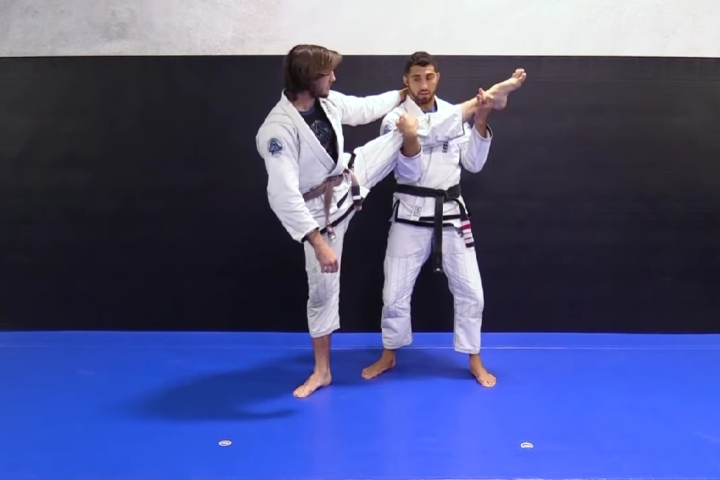 Getting to the Single Leg is already hard… But getting the actual takedown can be even tougher. Especially if your opponent knows how to defend and if your favorite setup (i.e. probably “running the pipe” one) isn’t working.
That’s why it’s important to have more than just one finishing setup. For example, this “leg lift technique” is going to work extraordinarily well!

THE LEG LIFT TECHNIQUE FOR YOUR SINGLE LEG TAKEDOWN

In this setup, as soon as you get the Single Leg, you need to step back (behind) the opponent’s leg. However, don’t just step behind it and try to grab the ankle; if you do so, your opponent will simply drop their leg down.
Instead, squat down as you step back and then go underneath the leg with your second arm. Squat back up and make sure to control their knee with your first arm (so that they don’t twist their leg and escape).

From here, getting the takedown is relatively simple. You’ll grip the opponent’s ankle with a C-Grip, and start elevating it towards the ceiling. This will be enough for them to lose their balance in and of itself, but if you want to speed up their way to the mats, then you should simply run into them.

Watch how to do this leg lift technique on the video below, as demonstrated by Matt Arroyo: