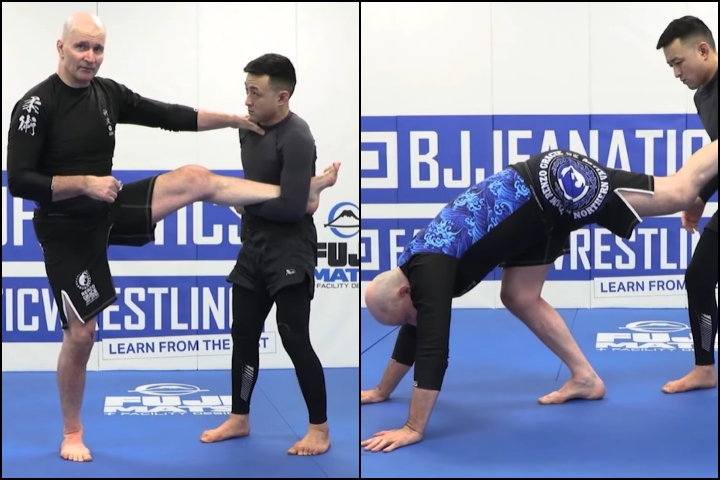 Every attack is an opportunity to further improve your defensive skills in Brazilian Jiu-Jitsu… However, every defense can also be an opportunity for a counter-attack; if you know your options and if you’ve practiced them regularly enough.
For example, a Single Leg defense can take many forms, and most of them are predominantly neutral in their nature. However, you can also go for a Single Leg counter – which will enable you to use the opponent’s takedown setup in order to set up an attack yourself.

If your opponent has a Single Leg on you and they’ve already brought that leg high up… You can still escape.
Especially if you use the High Turning Limp Leg escape.

John Danaher demonstrates this escape technique on the video below: