Are You A New BJJ Blue Belt? Don’t Make This Mistake 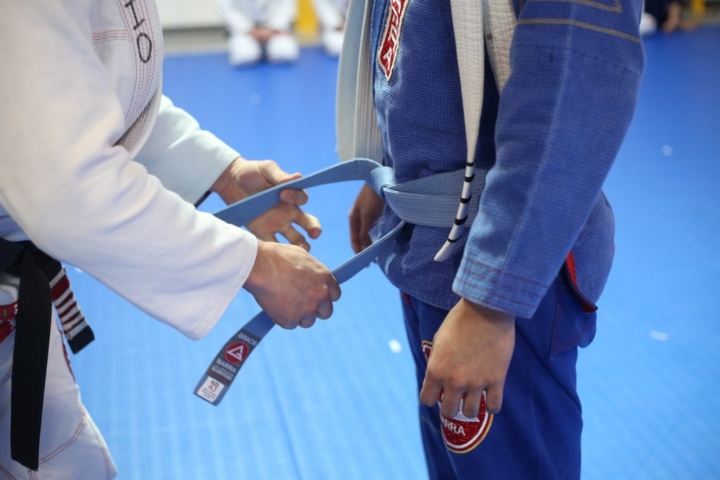 So you were promoted to a BJJ blue belt… Congratulations! It took a lot of effort, sweat, and consistency to get where you’re at right now. Give yourself a pat on the back – you deserve it.
But now that you’re out of the whole “staying alive” phase you were in as a white belt, there is one mistake that you’re going to be prone to making: sticking to your A-game and not experimenting enough with other techniques.

DON’T MAKE THIS MISTAKE AS A NEW BJJ BLUE BELT

You were getting smashed all the time as a white belt, we get it. And we understand that you’re now eager to do the same against other blue and white belts.
That’s good (as long as you’re being careful and not injuring your training partners). And you should go hard in training. But the thing is, if you always resort to your A-game, you won’t start developing your full Jiu-Jitsu potential in time. You won’t be able to experience the whole buffet of techniques, which you ought to do as a blue belt.

Nick “Chewy” Albin explains that this was his biggest mistake back in his blue belt days. And that, if he could go back in time, it would be one of the things he’d change.
That is to say: when you’re rolling against those people who you can (relatively) easily tap out, try out new things instead of just smashing them over and over again. Don’t be afraid to fail – because by trying out new things, you’ll become a much more skilled Jiujiteiro… And you’ll be able to use those new techniques against tougher training partners in no time.