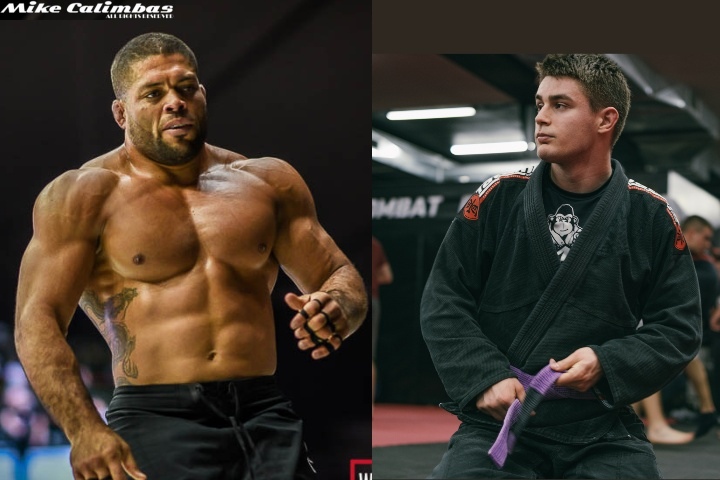 Training for BJJ athletes depends, in large part, upon their goals. Meaning, it’s obvious that someone who trains Jiu Jitsu as a hobbyist doesn’t need to train twice per day, 6 days per week; and it’s equally obvious that someone who wants to make BJJ into their career needs to be serious about training, nutrition and rest.
But these are vague explanations, aren’t they? They tell us what the difference between professional Jiu Jitsu athletes and hobbyists is in training, but not how that difference should look like.

The biggest confusion in regards to this question might come in the form of strength and conditioning training for BJJ; how should these two distinct „groups“ of athletes go about it? Kevin Paretti, Bernardo Faria’s physical conditioning coach, speaks on the subject.

Kevin begins by saying that the most important thing for professional Jiu Jitsu athletes is planning. Why? Because, as he explains, it’s often the case that athletes try to „cram“ every aspect of strength and conditioning training into the same period of time; which simply doesn’t work!
It’s ineffective because when you do too much at once, you’re bound to get injured, overtrained; or you simply won’t have enough time to recover for your next training sessions and the competition you’re getting ready for. Therefore, it’s necessary for professional athletes to have a plan which will allow for both progress and optimum recovery.

Secondly, Kevin points out that the biggest problem he sees in BJJ athletes’ strength and conditioning training is following cookie-cutter programs. These are generic programs which (this’ll probably ring a bell) an athlete would try and find online via searches such as „Jiu Jitsu program“ and „power program“.
Instead of doing this, Kevin emphasizes, professional athletes should seek out personalized programs; ones which are tailored to a jiujiteiro by taking account of his body predispositions, capabilities on the mats, as well as the strength and weaknesses he has. This sort of a program will yield the best results.

WHAT SHOULD BJJ HOBBYISTS FOCUS ON?

Now, what should those who train Brazilian Jiu Jitsu as a hobby focus on; when their strength and conditioning preparation are considered? Kevin says that, unlike for professional athletes – where he’d look how to use additional exercises to improve those things the athlete is already doing on the mats – for hobbyists, he looks to identify what they’re not getting in their classes… And then gets them to do that.

The reason? Injury prevention. Kevin believes that someone who trains Jiu Jitsu on the „side“, juggling it with other obligations, should have their focus set on preventing injuries from happening. To further reinforce their bodies in the acquisition of this goal, Kevin moves them to do things which will make them into more balanced athletes. For example, he would get them to do deep squats; so as to balance out the excess hip engagement an athlete indulges in during a BJJ class.

Kevin also gives two valuable pieces of advice for what (not) to do before a tournament. Firstly, the week before the tournament should be reserved for recovery. Secondly, athletes shouldn’t come into this week of rest being overweight; the struggle of shedding off those last few pounds in order to make weight can be detrimental to their competition performance! Furthermore, BJJ hobbyists shouldn’t even consider cutting weight prior to tournaments; Kevin believes that they should simply go into the tournament into whichever weight class they happen to be in.

Watch the video below to listen to more of Kevin’s insights, in a conversation with Bernardo Faria: