TeQuan Monte Has Cerebral Palsy, But Trains Hard – And Has Been Promoted To BJJ Blue Belt 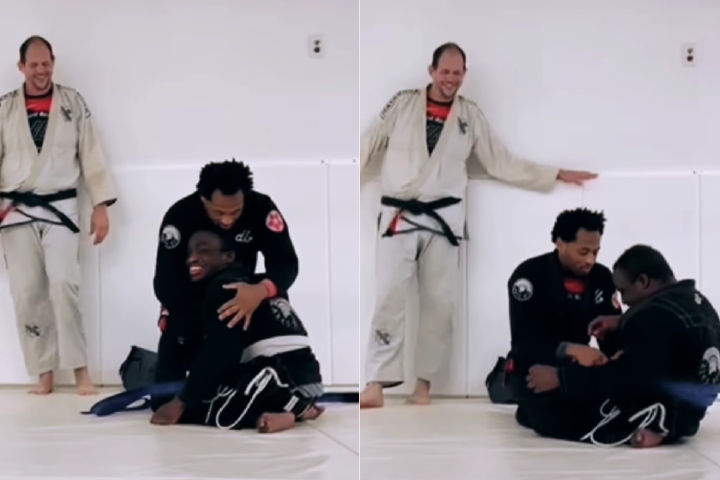 Inspiration in Brazilian Jiu-Jitsu comes in all sorts of ways. But if you’re looking for something – for someone – who’s going to make you both smile and want to keep training, then look no further than from the example of TeQuan Monte.
TeQuan has cerebral palsy but, despite having difficulties with controlling his arms and legs, he keeps training Jiu-Jitsu… And has recently been promoted to the rank of a BJJ blue belt!

His coach, Diego Bispo, shared the awesome news and inspirational words about TeQuan on social media:

With numerous obstacles that one faces in this demanding sport, it’s easy to just quit and give up. Motivation, training, discipline, and a proper mindset are just a few of the requirements in Jiu-Jitsu, in which many find hard to reach.
However, this isn’t the case for TeQuan Monte, who has proven that idea wrong.

TeQuan kept training and competing despite the obstacles – and kept on bringing a positive atmosphere to the mats:

Struggling with issues such as cerebral palsy, it’s more difficult with controlling his arms and legs, making it hard to train properly like others.
As complex as it can get, he continued to attend class with a smile on his face, bringing a positive atmosphere to the mats. Knowing that it’ll be hard, he attended competitions and gave it his all.

This is a true example of how Jiu-Jitsu can be for everyone and anyone. No matter how rough it may be, as long as you continue to come to class, train, and push through, you can achieve anything.