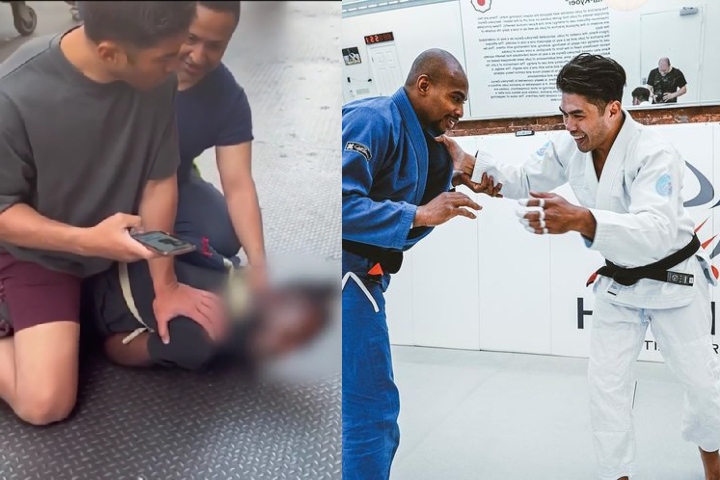 It was just a normal day for Ro Malabanan, a New York City resident who was heading to work on Wednesday. But then, he saw a man sucker-punch a construction worker, in a supposed random act of violence, before he started running away.
Malabanan, among other things a BJJ black belt, wouldn’t let him get away. In an interview with NBC New York, he said that he was worried that the suspect would attack someone else, so he sprang to action:

I walked up to the guy that was hit, to check to see if he was OK. He said he wasn’t okay… Immediately, my martial arts side kicks in and I’m like, let’s go stop this guy. Who knows what he’s capable of.

My Jiu-Jitsu training kicked in, and I immediately just jumped on his back. He tried to fling me off of him. I had what’s called the seatbelt position, which helped me to drag him down to the ground.

Malabanan pinned the suspect to the ground and stayed on his back until the police arrived. He is happy that he’s had an opportunity to use martial arts for what they were meant to be used for:

I don’t think I’m a hero, just doing my part for New York… We, New Yorkers, are willing to help strangers out because that’s what New York is all about.
I’m just really grateful I was able to stop someone and put my martial arts to use. Being able to help people, to do it in the real world, is incredible.