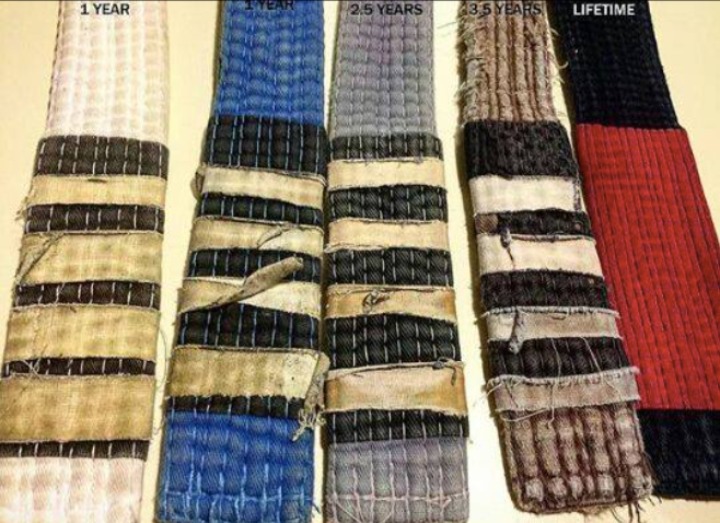 ​
White belt – “Stop rolling 100% and treating every match like a death match. Let go of your pride, it’s okay to tap. Document and review every lesson, and organize your notes via video not pen and paper. Take lots of pictures and take note of your negative feelings and limiting beliefs so one day you’ll be able to better relate to others who are just beginning. I know you don’t have friends yet but one day the relationships you will cultivate will be some of the strongest you’ll ever have. Oh and don’t shoot in for a double leg on a guy 100lbs heavier than you.” ​
​
​
Blue Belt – “Stop comparing your journey to others, just focus on being the best you can be! Take advantage of every opportunity to train with your best training partners and instructors because one day they won’t all be here.”​
​
​
Purple Belt – “Competing isn’t about winning it’s about growing. Stop making excuses and just compete. The more you compete and test yourself the more you’ll grow.” ​
​
​
Brown Belt – “Take more private lessons, actively seek out mentors, the higher up you ascend the MORE coaching you need. I know you love pouring into others but don’t forget to pour into yourself.” ​
​
​
Black belt – “Don’t get too comfortable. Network with others in the bjj community, open your own academy, and strive to compete on the biggest stages. Don’t second guess yourself, just go for it.”