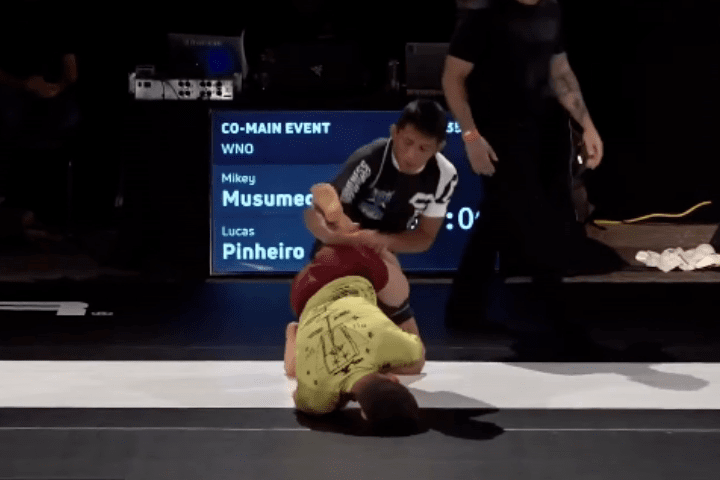 Mikey Musumeci! A name now known extremely well on the grappling scene. After not competing in No Gi for over 5 years (!), he decided to start competing exclusively in it during 2021; exclusively under the Who’s Number One (WNO) banner. What’s more, Musumeci went into his second No Gi match of the year in late May, when he took on Lucas Pinheiro.
FloGrappling recently released the entire match to be watched for free.

Mikey first sat guard, and immediately started entering the K Guard; in order to acquire control over Lucas’s legs. Pinheiro initially escaped Musumeci’s first leg entanglement attempt, but didn’t manage to repeat his success on Mikey’s second attempt. As an end result, Mikey managed to tap out Lucas in under a minute in a half.
It pays to emphasize that since this win, Musumeci went on to show incredible performance against Junny Ocasio at an another WNO event. Furthermore, he is scheduled to face Geo Martinez on July 17, at “The Road to ADCC”.

Mikey, in short, had shown fantastic Heel Hook and general leg entanglement improvement in the last few months. See it on display on the following link: