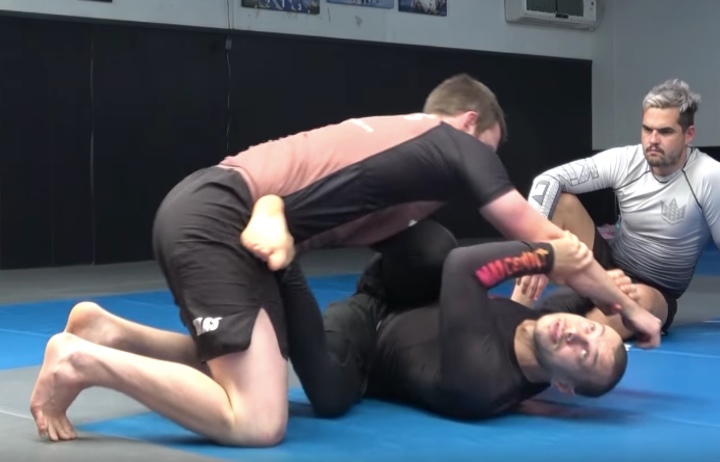 Alright, bear with us for a moment. Sit down and imagine this: you are hanging out with your friends, eating a great, delicious lunch and just chit-chatting about everything life and Jiu Jitsu related (as if there is a difference between the two at all, truth be told). As you talk to one another, sooner or later, the conversation takes a turn to your upcoming ADCC competition. You will be competing under 77kg and they all know that…

IT IS LACHLAN GILES!

They all know about it, but there is one thing that they don’t know… That you will compete in the Absolute division as well! Towards the end of the lunch, as you share this information with them, they all have pretty stunned expressions on their faces. They are surprised but, nevertheless, they have faith in you; and it’s not only that they have faith, but they know that you will bring a great result back home, as well as that you will make the entire Brazilian Jiu Jitsu community proud, jumping out their seats.

And how are your friends and teammates so very certain of your success? It is pretty simple to explain, actually: they have seen you do it over and over again. You have achieved great milestones both as a coach and as a competitor, especially in the No Gi. To top it all, basically just a couple of days ago, you have competed under a team-based ruleset at Kinektic. And, to put it in simple terms, you have had a fantastic performance, carrying your whole team by defeating five opponents in a row – four of them by a Heelhook.

So, you enter the ADCC 2019’s Absolute division. And you earn the bronze medal by tapping out Kaynan Duarte, Patrick Gaudio and Mahamed Aly… You’ve guessed it – all by Heelhook finishes. And no wonder! You are Lachlan Giles, after all.

Coming from Australia, equally loved and respected by the whole BJJ community, Lachlan is one of the present day’s top Brazilian Jiu Jitsu competitors. Always focused, always aggressive in his matches and always going for the submission, he has gained a formidable reputation for being an equally fierce and intelligent competitor – becoming notorious for his leglock game more than anything else.

Furthermore, it is exactly his approach that differentiates him from the likes of other leglock specialists, such as those that come from the Danaher Death Squad. While Gordon Ryan and other students under the legendary professor John Danaher mostly set up their leglocks from the Saddle and Butterfly Guard positions, Lachlan plays a different leg entanglement game; preferring to set up his attacks from the K Guard and from the 50/50 position.

It is fair to say, therefore, that just about every jiujiteiro should aim to improve their leglock game by learning from Lachlan Giles. So, make sure to watch the Lachlan’s Youtube video below where he explains the benefits of his unique way of entering leglocks, as well as demonstrates how to do it – from the K Guard: