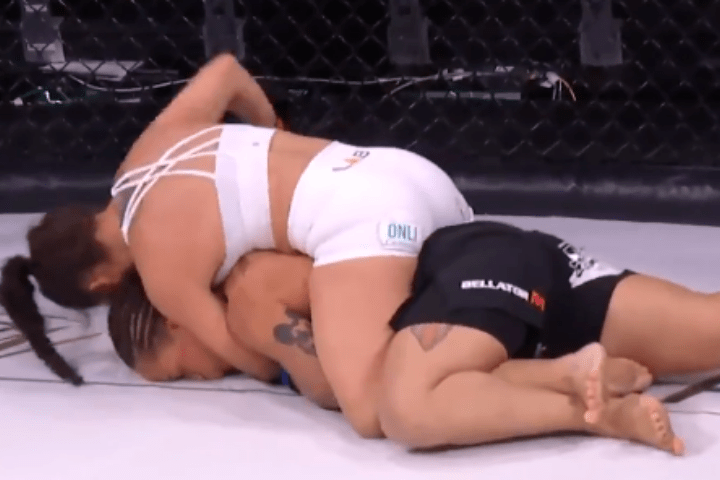 Maria Henderson shook the world with her quick win at Bellator 268. It was the first fight of the night, and she just needed 40 seconds to take down her opponent – Collette Santiago – and get a tap.
She first closed the distance in a fast fashion, after delivering some strikes. Then, she went for a clinch – snagging a body lock along the way. Then, she used this same body lock to get a takedown, after which she worked her way to Santiago’s back.

There, she inserted her hooks quickly and flattened her out. One arm of the Rear Naked Choke was already deep beneath the neck. However, her opponent got back up to her knees in a last-ditch attempt to defend; and that’s when Henderson got her second arm set up.
Santiago tried to deliver a few punches in a desperate try to get out of the choke, but to no avail. Henderson tapped her out after 40 seconds into the fight.