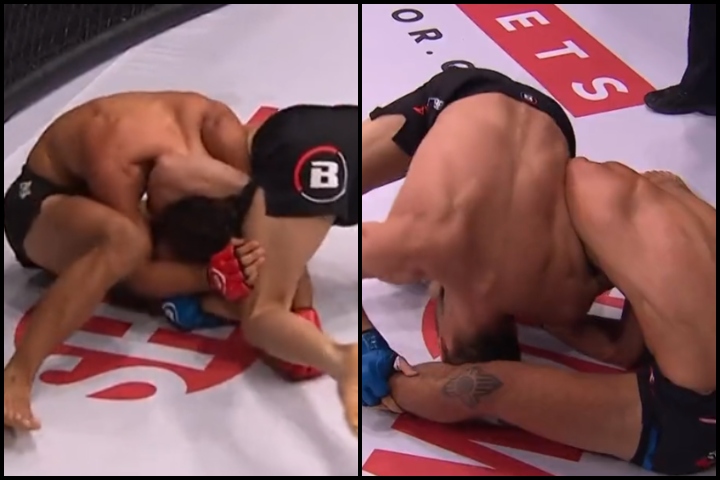 How do you know that you have got it made in Brazilian Jiu-Jitsu and mixed martial arts? Well, one of the surefire signs is that the commentators and audience start calling a weird submission technique after you when your fight is finished.
And that is exactly what happened to Luca Poclit, an MMA veteran from Moldova.

Last Friday, Poclit competed in a welterweight fight against Dante Schiro; at a Bellator Dublin preliminary card. The first round of their bout went back-and-forth, but the real icing on the cake came late in the second round.
Poclit was trapped in bottom Mount, but then he used an explosive escape and sat up to his knees. There, he snatched Schiro’s head with his left arm. As Schiro’s shoulder was also trapped in the process, Poclit then freed his own head and postured up on Schiro’s left side.

This weird, modified Arm Triangle Choke was effective – to say the least… As Schiro went to sleep not too long after getting caught in it.
The move was then officially called “The Lucanator”.

Watch the submission take place on the video below:

What… what did we just witness at #Bellator285?

What do you think of this submission technique? Is it something that could (and should) be drilled in training?