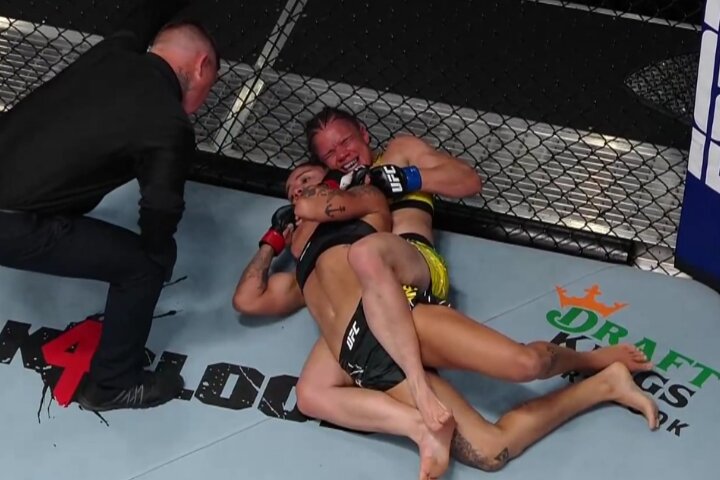 It’s not without a reason that the Rear Naked Choke is often called the “king of all submissions” in Brazilian Jiu-Jitsu. You could go through getting your arm broken in a match, your shoulder badly injured, or even get your knee popped by a Heel Hook and keep going through the sheer power of adrenaline… But once that Rear Naked Choke is set, there’s no “toughing it out”. You’ll either tap out or you’ll go to sleep.
That’s exactly what Ariane Carnelossi knew when going into the third round of the last Saturday’s UFC Vegas 40.

She faced Istela Nunes, who is a former ONE Championship fighter, in a strawweight match. And, actually, Carnelossi was losing in the first two rounds in what have been fierce exchanges between two athletes throughout. To add to that, Nunes was constantly grabbing the fence in order to defend.
Then, in the third round, Carnelossi finally gained her edge. She set up a great takedown and managed to lock in her right arm underneath her opponent’s chin. From there, she delivered some punches and locked in her left arm; getting the tap via Rear Naked Choke at 2:57 in the third round.

Check out her finish below: