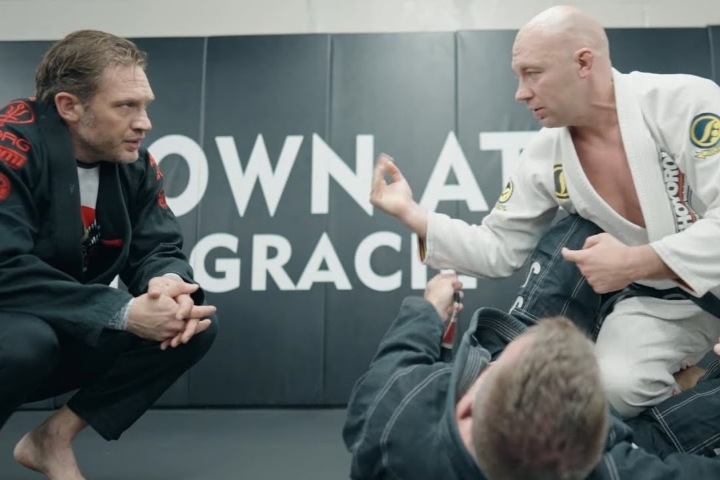 Tom Hardy isn’t just a famous actor, but it seems that – more and more – he’s becoming a sturdy member of the BJJ community.
He seems to be serious about training and competing – so serious, in fact, that he visited Daisy Fresh and trained there!

Heath Pedigo, the founder and head coach at Daisy Fresh (Pedigo Submission Fighting), has been coaching the Knee Cut Pass.
Hardy joined the class and was taught in the same way as all other students were, who were – naturally – excited to see the famous actor.

Watch it all on the video below:

According to coach Pedigo’s comments, it was Tom DeBlass who brought Hardy into the class.
DeBlass shared his own experience with the famous actor:

A few weeks ago I woke up to an Instagram tag from Tom Hardy. Turns out he was in the Cincinnati area filming and popped into my affiliate @nkymartialartsacademy with the great Scott Smith my (black belt and police chief).
We ended up exchanging phone numbers.

From that day on there have been some days we FaceTimed two hours straight. Not just jibberish, we talk in depth. From conundrums, ideologies, irony to oxymorons.

The parallels between certain aspects of our life is almost too coincidental. We speak of Jiu-Jitsu often, I send him techniques that I believe can help his style. He’s just quickly becoming an incredible friend, and I am so thankful to have connected with him.

Last night we spoke of my Father. Since my Father died, in the manner in which he did. I felt largely responsible for his death.
Tom is a smart smart man. He knew exactly what to say and how to say it to remove the dagger that has been sticking in my heart since his death. I will replay those words for the rest of my life.