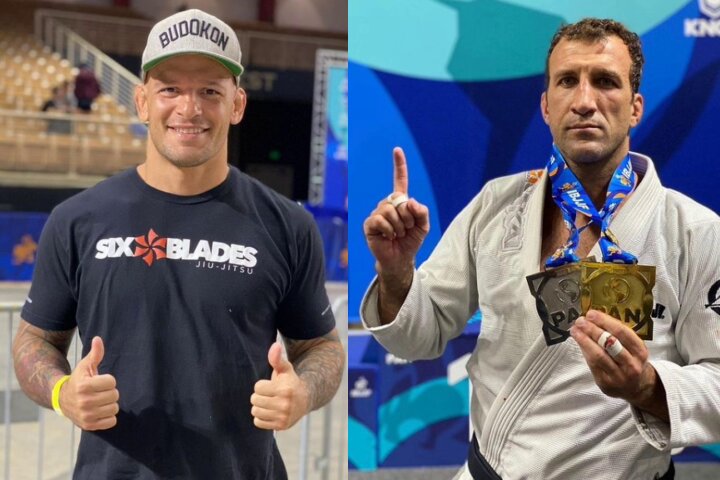 The IBJJF Pans 2021 finished on September 5, thus bringing to an end one of the most important tournaments in Brazilian Jiu-Jitsu. Through it, the masters division has displayed some extremely exciting matches and had some fantastic athletes claiming their championship titles!

The master 1 black belt division had multiple well-known names earning their golden medals. Xande Ribeiro won the heavyweight category, whereas Joao Miyao took the title against his brother Paulo in the light featherweight category. The super heavyweight category was Arnaldo Maidana’s for the taking, while Sergio Raimundo won the absolute and his weight… And so did Tracey Goodell in the women’s.
Nicholas Sanders became an absolute champion in the master 2 division, while Milton Bastos gained the light featherweight title. Laura Martins won her weight and the open weight alike.

The master 3 Pans 2021 division saw Igor Gracie winning the absolute and taking the silver at light heavyweight (where he lost to Jorge Santiago). Denilson Pimenta earned the featherweight and Alexandre Cafe the super heavyweight gold. Bruno Bastos lost to Viktor Doria in the ultra heavyweight final match, and among women Rachel Morrison got the double gold.
Double gold in the master 4 division was acquired by Carlos Eduardo Farias; while Marcus Bello won the light heavyweight title. Samantha Freitas won her weight and open weight in the women’s. Master 5 had James Mastrobattista and Jeane Anne getting the double gold; and so did Megaton Dias in master 6 and James C. Singletary in master 7.