Henry Cejudo Calls Out Hasbulla Magomedov: “Your Days Are Numbered!” 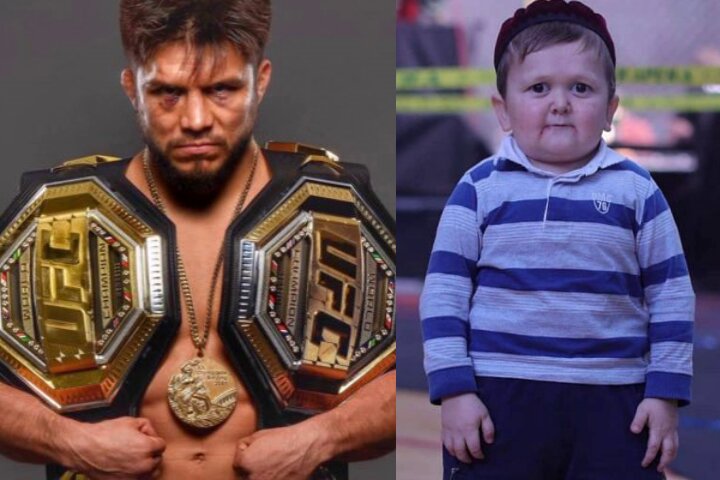 Hasbulla Magomedov is one of the biggest social media stars of today – you must’ve seen some of his videos recently, either on Instagram or on TikTok.
The 18-year old Russian, nicknamed “Mini Khabib”, who has the physical characteristics of a child due to an undisclosed medical condition, has been rising to unprecedented social media stardom fast. Here’s one of his videos, just to refresh your memory:

Hasbulla has recently posted a skit on social media platforms, in which he referenced the possibility of a fight happening against Henry Cejudo, the former two times UFC champion.
The “Triple-C” didn’t let this go unnoticed nor without a response. He posted a video on Instagram, speaking in Russian and telling Hasbulla that “his days are numbered”:

In the post caption he had also mentioned that he is the “king of Russia”. Be sure to check out the post here:

Henry Cejudo, even though he is retired from the Ultimate Fighting Championship, is still one of the most beloved and entertaining personalities in the MMA community.
Do you think that an (exhibition) match between him and Hasbulla is going to happen? Let us know!