Henry Cejudo: “Khabib Wouldn’t Get Up [Against An NCAA Wrestler]” 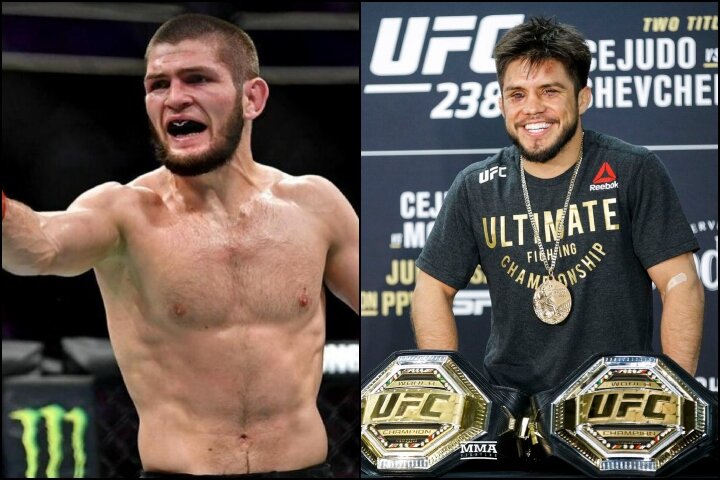 It goes without saying that Khabib Nurmagomedov‘s wrestling is elite… However, Henry Cejudo is convinced that the Dagestani national wouldn’t be able to defeat an American collegiate (NCAA) wrestler.

He shared this opinion in an interview with Michael Bisping:

American wrestling is better than Dagestani wrestling when it comes to the sport of mixed martial arts.

It is because American-style wrestling is the Folkstyle wrestling, it is when we’re able to control. If you were to put Khabib (Nurmagomedov) with an NCAA champ or NCAA wrestler and you just have them work top-bottom with them not knowing anything about MMA, Khabib wouldn’t get up. He wouldn’t.

Cejudo then added that the Dagestani wrestlers have been so successful with their skills because they haven’t yet fought an opponent with an elite wrestling background:

A lot of these guys wouldn’t get up. They just happen to keep going up against guys that don’t have that Division I (NCAA) kind of status.

The other one that I could think of was Justin Gaethje, but Justin Gaethje hasn’t wrestled in probably a decade.
And he even said it, he’s like: “Dude, once I was done with wrestling, that’s one thing that I never wanted to do ever again. (It) was to wrestle because it was hell.”

These are the words that came out of his mouth because the sport is so hard.