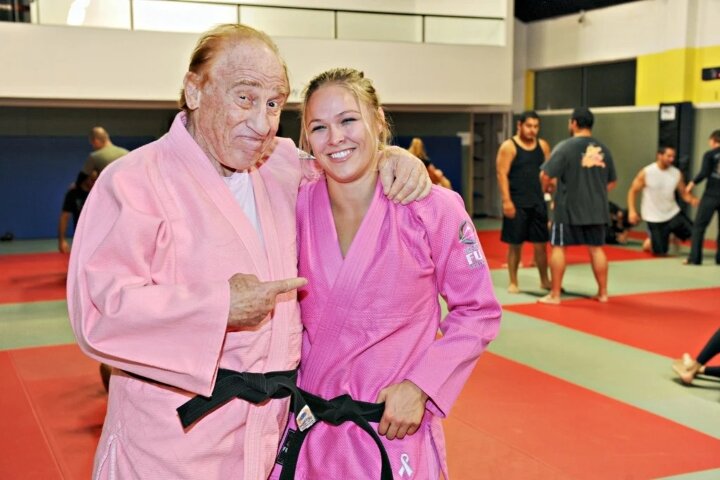 Gene LeBell is a true combat sports pioneer and one of the most beloved figures in the world of martial arts, who is also widely credited for making grappling into such a popular combat sports discipline.
Last night, he passed away at age 89.

In more recent years, he became known as Ronda Rousey‘s cornerman. And the list of people he trained encompasses many other legendary figures; such as Muhammad Ali, Bruce Lee, Chuck Norris, and Sugar Ray Robinson.
LeBell has also appeared in more than 1,000 (!) movies and was an author of 12 books.

We all heard the crazy stories, about Seagal… And that he was the first guy to fight MMA in a match against the Boxer Milo Savage in 1963 (I wasn’t even born). Still pulling wheelies on his motor cycle when he was like 84 years old and, if you go online, you find thousand more stories.
I have always loved Gene. Every single person I know loves Gene. And I am proud to say that we always had fun when we met, always cracking jokes.