Fighter Out Of “UFC Paris” After Suffering Toilet-Related Injury 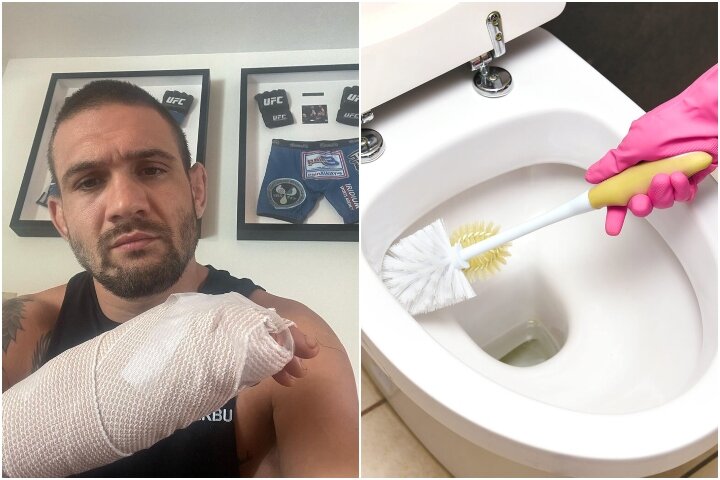 Well… You don’t read that headline every day, don’t you? Unfortunately for Christos Giagos, that’s exactly what happened; he had to withdraw from his fight against Benoit Saint-Denis (UFC Paris) after he accidently sliced open a pinky finger tendon… While cleaning a broken porcelain toilet.

Giagos thought that he would recover from the injury before the fight, but a hand specialist had different opinions:

I was getting some cleaning done and while wiping down a piece of my grill in the trash my hand hit a broken porcelain toilet and gashed my hand open, cutting a tendon in my pinky.
Unfortunately, due to the severity of the injury I had to pull out of my upcoming fight in Paris. I was praying the damage wasn’t bad so I could still take the fight, but that wasn’t the case.

I went to a hand specialist today to check the damage and had to undergo a minor surgery to reattach my pinky tendon.
My focus is to get healed up as fast as possible. As much as this pains me, the only thing I have control over is how quickly I get back.