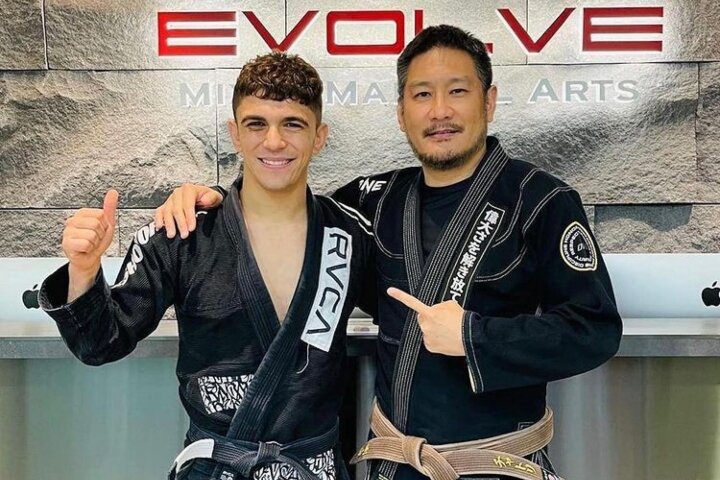 Mikey Musumeci is not just one of the most successful Brazilian Jiu-Jitsu athletes in history, but he’s also one of the most beloved ones. Fans have embraced him for his honest and good-natured behavior; which, combined with being ultra successful, has paid a lot of dividends… Including a recent appearance on the Joe Rogan Experience podcast!

Mikey spoke about many different things, including his unique diet (spoiler alert: he only eats pizza, pasta, and acai) and what his motivation is these days.
Surprisingly enough, it’s not about winning titles anymore:

So yeah… I’ve won every title there is, in the gi, in Jiu-Jitsu – you know? So, right now I’m focusing on no-gi and ONE Championship especially; because now they’re going to have belts and divisions.
And my goal in Jiu-Jitsu isn’t about the titles. [Rather] it’s about helping the next generation and impacting people in the next generation, you know?

He also explains how much he actually trains every day:

Sometimes, I will train 12 hours a day. I’m drilling for 12 hours during the day. I’ll have my partner giving me a lot of resistence and I will try to find a solution for the move. I’m reverse engineering the move.

Mikey explained that titles may come and go, but helping others achieve their goals is something which will always be remembered: