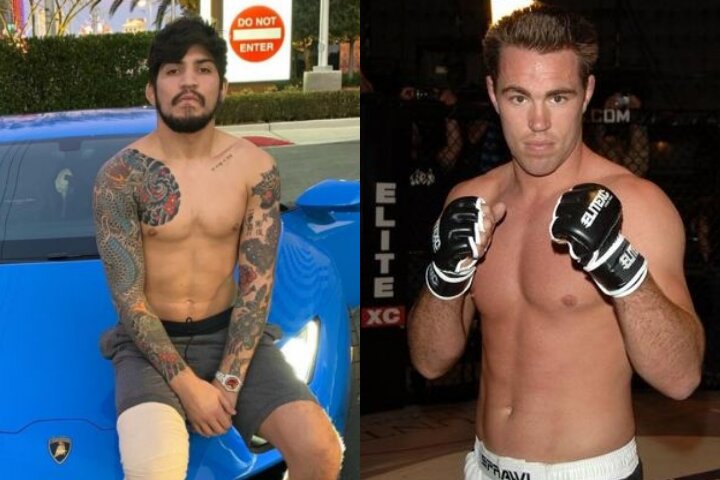 Dillon Danis has taken his time recently to open up about his side of the “nightclub bouncer” story. But he isn’t stopping there; in an interview for Ariel Helwani’s “MMA Hour“, Danis decided to speak up on other subjects as well… Including a situation when Jake Shields, a former UFC fighter, offered him PEDs ahead of an ADCC tournament.
The two athletes, even though they trained together at one point back in the day (at the Marcelo Garcia Academy, before Danis was kicked out of it), are still in conflict:

That’s an old Jiu-Jitsu beef. Do you know we used to train together, me and Jake? You know [that he is] the only person to ever offer me steroids? Swear on my life.
I don’t know, I was doing ADCC. He’s like: “Yo, bro like I have like a steroid dealer, they don’t test us.” I was like – I’ve never done it in my life. I was like: “Yo if I win, like, if I want to play or win a tournament I want to know why I did it.” I was like, I don’t need that.
He’s like: “Oh trust me, they don’t test us.” And I’m like: “Nah, probably, I’m good.” He’s the only person ever in my life to do that.

Shields, who is 14 years older than Danis, actually did fail a UFC drug test back in 2012. He fought and beat Ed Herman at UFC 150, did the test afterwards, and failed it.
The Colorado’s state commission never revealed what Shields failed for, and neither did Shields until 2015 – when he claimed that it was because he was taking a diuretic.