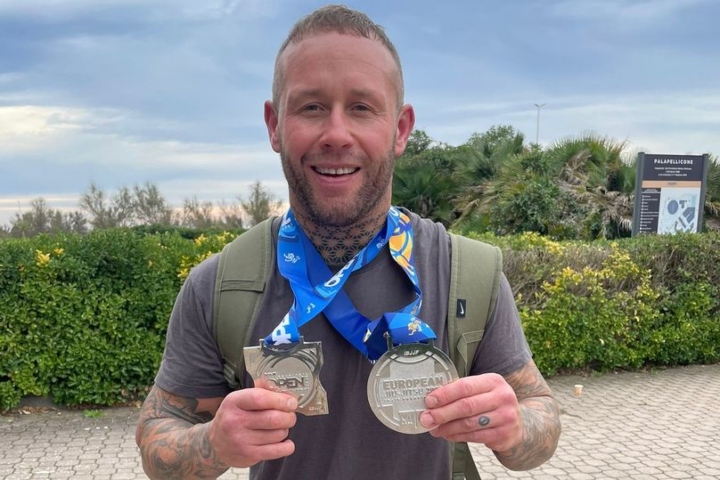 Gavin “Iggy” Thomas won two silver medals at the Rome International Open IBJJF Jiu-Jitsu Championship just a few days ago… But then, after he returned to his home in Wales – he suffered a stroke.

While training at his BJJ team, G7 BJJ Academy, the 40 year old’s coach – also called Gavin Thomas – noticed that his student “all of a sudden looked drunk”, as well as that his mouth had dropped.
However, upon calling the ambulance, he was told that it would take them 7 hours to reach them… Even though the hospital was nearby:

We got him to a room and the ambulance said it would take them seven hours to get here and the hospital was down the road. So, we carried him down the stairs, got him in the car and just got him down there as quick as possible.

Gavin lives alone so it was lucky he was with us at the gym. Although we have WhatsApp groups he never comments on them so we wouldn’t have realised anything was wrong if it happened in his house and you hadn’t heard from him – God knows what would have happened.

He’s one of my best students, but more than that he’s my mate. We’re all like a family.

The BJJ academy set up a GoFundMe page, to help support their teammate. You can view it on the following link: https://www.gofundme.com/f/foriggy