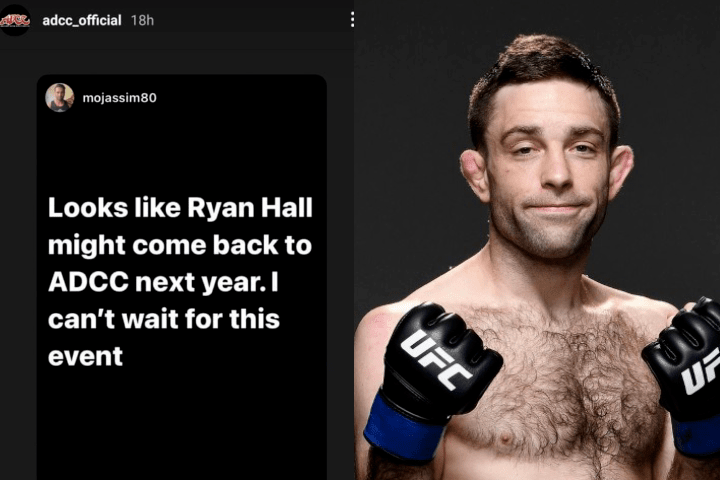 Ryan Hall is working hard towards claiming back his winning streak in MMA, since he’s lost his last UFC match to Ilia Topuria. However, there might be huge news in the making for the Brazilian Jiu-Jitsu and grappling community, too… Hall may make a return to grappling-oriented tournaments soon – as soon as ADCC 2022!

Ryan Hall at ADCC 2022 would be huge news. Although nothing has been confirmed just yet, it’s far from impossible. Why? Well, because ADCC’s head organizer, Mo Jassim, announced the possibility!
He shared the news on his Instagram account, and ADCC’s official Instagram page re-shared it on their own Story: 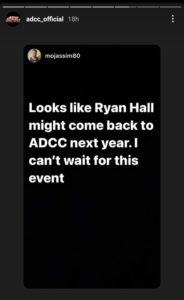 Ryan has had his greatest ADCC success all the way back in 2009, when he defeated Jeff Glover in a battle for the bronze medal. However, he last competed in the tournament in 2011 – more then ten years ago. He then lost to Robson Moura, in the quarter-finals.
Thanks to his continuous work and progress in training (he has dedicated himself vigorously to grappling practice alongside MMA), Hall would be a formidable opponent for everyone in the under 66kg division. That is, if he competes at the ADCC at all… But wouldn’t that be exciting!