Ryan Hall Issues UFC 264 Statement: “I Broke My Hand on the First Punch” 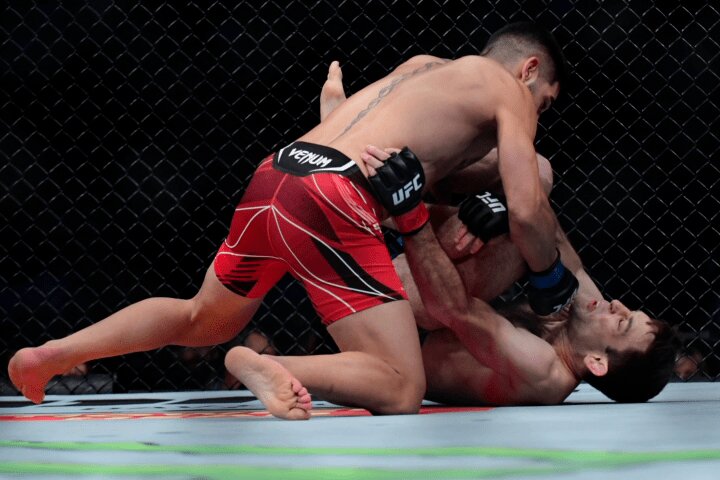 Ryan Hall suffered his first UFC loss last weekend, when he was KO’d by Ilia Topuria in the first round. The beloved Brazilian Jiu-Jitsu specialist posted a statement on his Instagram account, saying that he broke his hand early on during the fight.

Well, that was going reasonably well until it wasn’t. Headlock w 20 seconds left was a little ballsier than necessary…🤦🏻‍♂️ Thanks so much to all the people whose help, guidance, and support allowed me to have the opportunity to get back to doing what I love. Without them, I could never have made it to the ring.

Hall had some initial success in the fight, as he landed a handful of kicks and punches. He mixed it with the (expected) constant attempts to bring the fight down to the ground… To his immediate area of expertise.
However, with just a bit of time remaining in the first round, Hall made a mistake. He tried to get the fight down to the mat, but made a mistake of leaving his head exposed – thus suffering from ground strikes by Topuria. These strikes left Hall unconscious.

It’s important to emphasize that this was Ryan’s first professional loss in MMA since 2006. Back then, he won the season 24 of “The Ultimate Fighter” (despite losing a decision to Saul Rogers on the show).
His record in MMA is now 8-2.