Why All The Hate About Wristlocks? Here’s How To Start Using Them 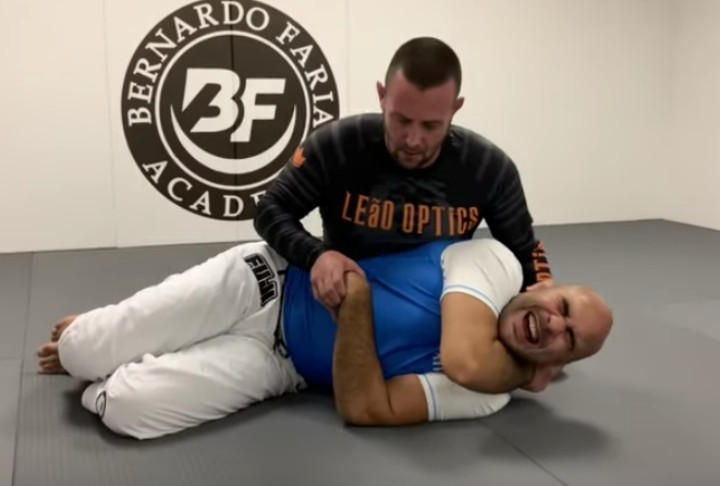 Wristlocks! Everyone knows about them, everyone has seen them… But scarcely anyone does them. And the same is true for you! Or at least it has been up until recently, as you’ve decided to finally ditch the whole „Jiu Jitsu nice guy“ charade; and as you’re contemplating whether to enter the Wristlocks Dark Side.
So… Should you begin practicing them when you roll?

WHY ALL THE HATE ABOUT WRISTLOCKS?

But why do so many Jiujiteiros look at Wristlocks with borderline disgust, anyway? Why all the negative talk about them; aren’t they just a submission, one like any other?

Well, Wristlocks truly are only a submission, but they’ve received a lot of negative rep due to two reasons. The first one is that the athlete doesn’t have to have a positional advantage to hit it! You’ll see this submission being applied just about from any position you can think of, and not just the ones like Mount or Side Control; but essentially neutral ones too, like Half Guard – or even bottom Closed Guard!
This goes to say that Wristlocks sort of feel like „cheating“ in Brazilian Jiu Jitsu. They don’t conform to the usual position-before-submission rule and are rather effective even against upper belts. It’s not rarely that you’ll witness a lower belt submitting the upper belt with it; not because the upper belt is worse than his training partner, but because Wristlocks are unexpected and come on quickly.

And this is actually the second reason behind the Wristlock hate. It’s quick. One moment you’re rolling, trying to pass the training partner’s guard, and WHACK! They got you in a Wristlock. Or you’re in Side Control, figuring out how to escape it… And bam – your wrist is getting bent, and you’re tapping out.

The combination of this lack of positional advantage and submission quickness can land a big punch to the ego. This ends up with the training partners, that on the receiving end of it, to „revolt“ and mark it as a „stupid move“ and saying: „You only got me with that because you can’t tap me out with anything else!“

STOP WITH THE SOURNESS, ENJOY THE WRISTLOCK AWESOMENESS – RESPONSIBLY

But you know what? Who cares about all this talk! Anyone who tells you that Wristlocks are a „cheat move“ simply doesn’t know how to defend from it… Plus, you don’t even have to finish people with them; you can use this submission as a threat to set up other submission holds instead!
Thus, you should make the jump into the Wristlock waters. Here are two pointers to keep in mind, that will improve your tap rate with this submission – in a responsible manner.

First, how and when should you go for a Wristlock? There are a lot of different setups for it, but the general rule you can follow is controlling the elbow. That is, be on the for the elbow! Whenever you can control the training partner’s elbow, or pin it to the ground – while simultaneously applying force to their hand – you have a Wristlock. Search for this opening, and you’ll see Wristlocks opportunities from just about any position you can think of.
And secondly, make sure that you’re practicing them with ease. Slow down when applying this submission, as using too much force at once can injure your training partners way before they get a chance to say: „Tap!“

But most of all, have fun! Wristlocks are going to open up a whole new world of submissions for you, they will make you fall in love with BJJ that much more… And that’s the most important thing!

In this amazing video, The infamous BJJ black belt Pete The Greek shows 37 different Wrist Locks from every single position you can think . Pete is a specialist in wrist locks and it is unbelievable how much he knows about it. Bernardo Faria appreciated….