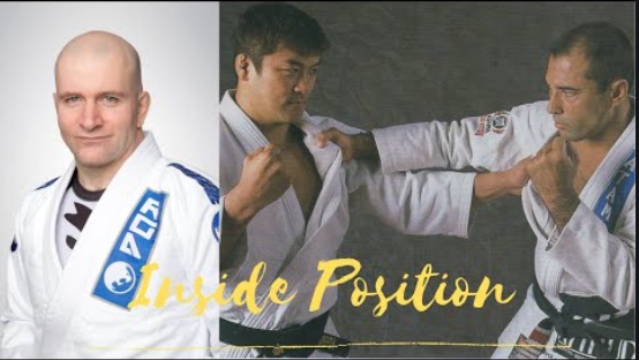 Danaher shared his thoughts on Facebook about the importance of understanding the concept of ‘inside position’ in jiu jitsu:

“Inside position: Jiu Jitsu is a game of control – my ideal is that it be in particular a game of control that leads to submission – nonetheless it all begins with control. The most commonly talked about means of control is POSITION. When people talk of position in Jiu Jitsu they typically are referring to TACTICAL position ie how the two athletes are positioned relative to each other as defined by the scoring system of the sport – side position, mount position, rear mount position etc.

But there is a an entire different class of position that is just as important for control purposes – LIMB POSITION – ie how are my limbs positioned relative to my opponents limbs? The fundamental choice here is between OUTSIDE position (my limbs outside his limbs)and INSIDE position (my limbs positioned inside. Each has their good and bad points. When working from underneath a heavier opponent I generally recommend an emphasis on inside positioning. This makes it very difficult for an opponent to pin you by wedging his limbs around your torso and reinforcing those wedges with body weight for the simple reason that you are inside any wedge he can create. This enables you to create effective movement underneath an opponents body weight – the basis of being effective from bottom position.

One example is Garry Tonon working from underneath an opponent and has secured all the inside real estate. His feet dominate the space between his opponents knees and both his arms are under hooked to out his elbows inside his opponents elbows. As a result, even though he carries his opponents weight, the inability of the opponent to form immobilizing wedges around him means he can move very effectively from here and launch into a wide array of upper body and lower body submissions. Don’t fear your opponents weight – fear his ability to create immobilizing wedges around you – and inside control is a powerful antidote to this danger that has the added benefit of facilitating your own attacks.”

This video, Chadi explains the concept of inside position, and why these concepts overweigh techniques by a large margin: